You are here: Home » Next stop Rainbow Road

Mancunians using the Metrolink were left puzzled as the city centre’s busiest tram stops were renamed by a team of mischievous computer game characters.

Piccadilly Gardens was renamed Rainbow Road after the iconic Mario Kart level with the help of Mario and Luigi. 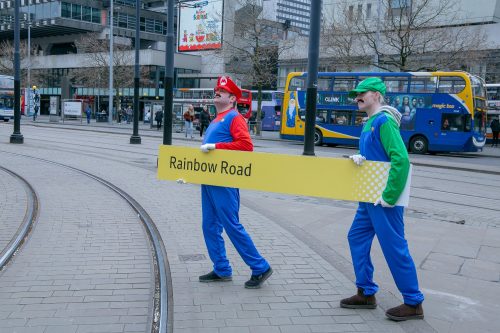 St Peter’s Square was renamed Tetris Square with onlookers stopping to capture the characters causing mayhem and take a picture. 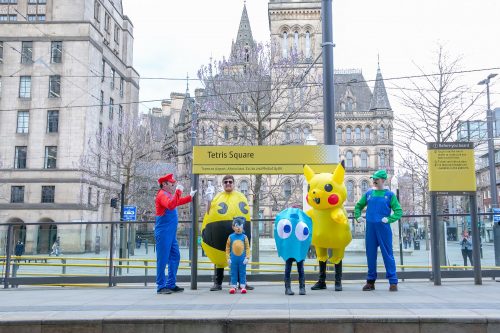 Commuters were left in shock at Shudehill when greeted by the gory Nurse from Silent Hill getting off the tram. 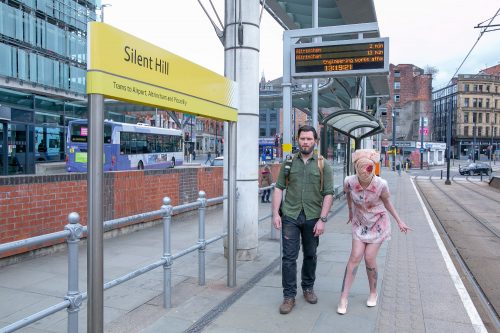 The activity was in celebration of the North’s biggest gaming event Play Expo which takes place at Manchester Central on May 4 and May 5 – the entire Metrolink network has been renamed. Other stops given the computer game treatment included Market Street which became Hyrule Castle from The Legend of Zelda and Exchange Square which was renamed Raccoon City from Resident Evil.

Play Expo will feature almost 1,000 free to play gaming screens with a huge range of games to play from retro favourites like Pac-Man and Mario right the way up to current blockbusters like Fortnite and Minecraft. The show also celebrates all elements of the gaming industry with a host of cosplayers, tournaments, guests and even careers advice for those looking to work in the world of gaming.

Think you know your computer games, why not challenge your friends and see who can get the most locations right on the Play Expo Metrolink map:

For more information and to buy tickets visit www.playexpomanchester.com

Find out about the The PlayStation Revolution

What’s on at PLAY Expo Manchester 2017