You are here: Home » Bombe team member joins the ranks of Disney, Dolby and Eastman

Paul Kellar, chair of the Bombe team at The National Museum of Computing (TNMOC) on Bletchley Park, has received the highest accolade of the Society of Motion Picture and Television Engineers (SMPTE) in San Francisco. The society presented him with its top award of honorary membership for his work as leading inventor of a wide range of video and digital image technologies. He joins a highly select group of honorary members, including such luminaries as Walt Disney, Ray M Dolby and George Eastman. 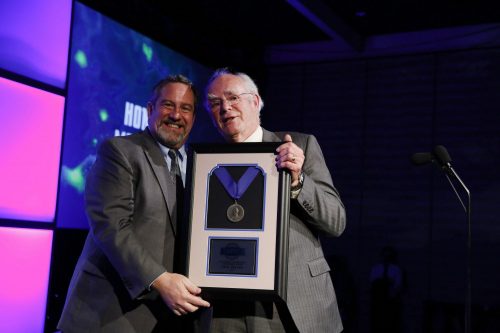 Paul Kellar was research director at digital television equipment manufacturer Quantel and led the development of products including the fastest analogue to digital converter of its time, the first frame-based image analysis system and multiple generations of standards converters. 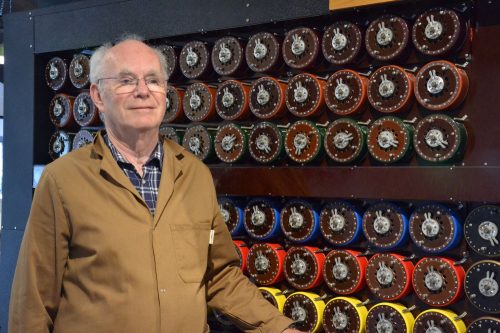 Paul has been instrumental in the reconstruction, maintenance and continuing of the Turing-Welchman Bombe and that work was highlighted at the awards ceremony with a short video made by SMPTE for the occasion:

Andrew Herbert, chairman of TNMOC, said, “Paul’s achievements are astonishing, and we are enormously privileged to have him as a key member of the team at TNMOC. Everyone at the Museum recognises Paul’s talents, but because he is so modest this extraordinary award will take nearly everyone by surprise. We have a remarkable band of dedicated people conserving the history of computing and Paul’s award is inspirational to everyone.”

The Bombe arrives at TNMOC