You are here: Home » Who won the One Minute Twist short film competition?

FILMZIE is proud to announce TURNING TIDE as its winner of the One Minute Twist short film competition. The competition, in partnership with Raindance, is a commitment by FILMZIE to support independent filmmakers and to provide exposure to exciting new cinematic productions.

The winner and the shortlisted films are available to view on the free streaming platform, where FILMZIE has launched a dedicated section so that its users around the world can watch all the shortlist. FILMZIE will be promoting the films and providing a prominent placement of a dedicated section on its platform to give the filmmakers the exposure their work deserves.

Robert Campbell, the director of TURNING TIDE: “When I first saw the brief for this competition (#oneminutetwist), I knew it would be a great challenge and a brilliant opportunity to showcase my filmmaking abilities. What drew me to Rory Joscelyne’s script for Turning Tide was the contrast between the characters as well as the great twist, which I knew would be fun to bring to life. With this film, I wanted to exaggerate the cultural differences between the characters whilst playing with the roles of protagonist and antagonist. I had a fantastic team for the shoot, and it was a great reminder of how important it is to work collaboratively to ensure everything runs smoothly. I hope audiences have as much fun watching the film as we had whilst making it!”

For the competition FILMZIE and Raindance invited filmmakers to submit their one-minute short film inspired by the theme of a One Minute Twist. All the films in the shortlist provide an unexpected surprise twist at the end, subverting perceptions of the story, and takes inspiration from the films of directors such as M. Night Shyamalan. 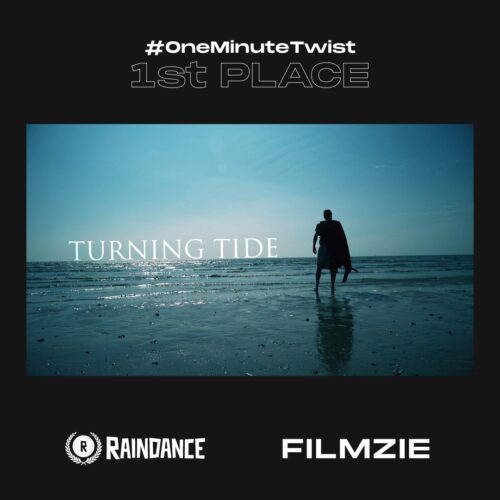 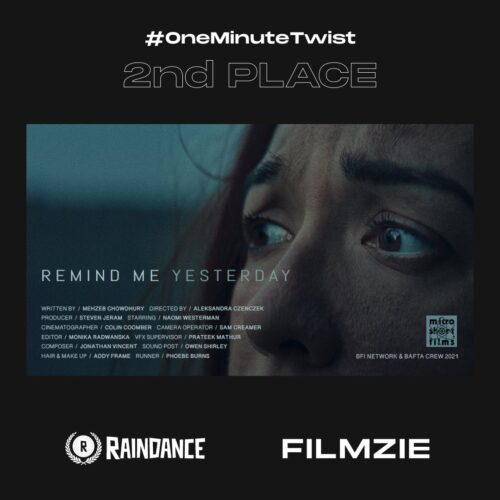 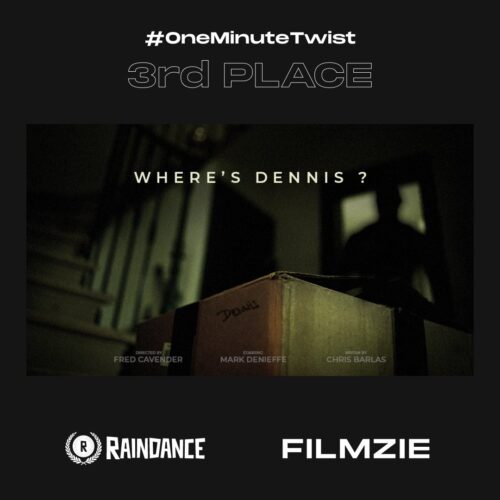 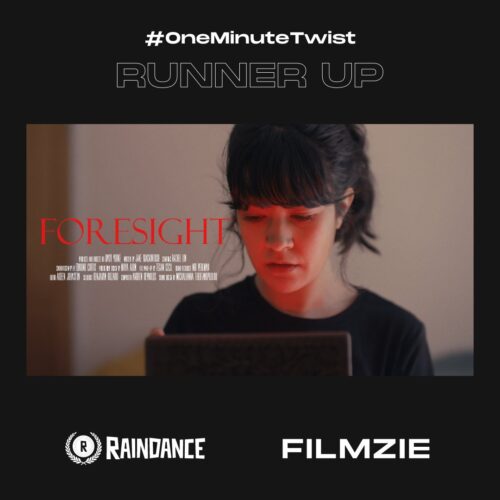 The winner will receive extended distribution of their film on FILMZIE as well as tickets to the 29th Raindance Film Festival.

With a platform consisting of content ranging from blockbusters, independent cinema, comedy and drama TV gems and documentaries available for free, FILMZIE offered budding filmmakers the opportunity to have their film distributed on their streaming service.

Juraj Vanko, Chief Marketing Officer, FILMZIE, comments “The FILMZIE streaming platform uniquely combines popular, well know titles with independent cinema – allowing users to discover hidden, often underrated gems they would not find elsewhere. Through our reach and accessibility, we broaden the audience for independent films and build the exposure for these filmmakers.

The films on this shortlist are all outstanding examples of how to tell a captivating story with a unique twist in only a minute. We hope the exposure the finalists gain helps them on their journey and that, one day, their feature length films will be among those we are vying to have on our platform.”

Elliot Grove, Raindance Founder, stated, “We are very excited to partner with FILMZIE for this short film competition collaboration! It gives filmmakers an opportunity to be seen on the FILMZIE platform, and as well as shared and recognised across the Raindance platforms. We, here at Raindance, support independent film and filmmakers, and aim to help these filmmakers thrive, and ultimately launch their film careers, and this is a perfect opportunity for them to experience just that. With a unique concept and a twist which would make any viewer smile, Turning Tide was chosen the winner of the Filmzie One Minute Twist competition due to the fantastic cinematography, great attention to details, and genuinely fun story.”

Who are the #OneMinuteTwist Short Film Finalists?

What can FILMPIXS offer you?