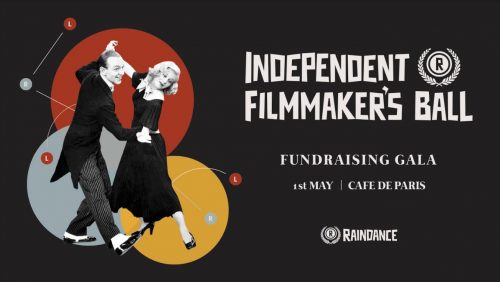 The Independent Filmmaker’s Ball, Raindance’s annual fundraising gala, will be back in London at Café de Paris on 1st May for its 6th edition.

This year, Raindance rolls out the red carpet for a swing-era special, inspired by 1930s and ‘40s musicals. Filmmakers and indie film lovers alike are invited for an evening of live swing & jazz music, networking, and a fundraising raffle with special guests at the hottest party in town.

The Ball promises to be a wild night of music and celebration at the art deco-inspired Café de Paris in the heart of London. Party-goers will be swinging to the live big band sound of Natty Congeroo & The Flames of Rhythm, and there will be a fundraising raffle with top prizes and celebrities in attendance. 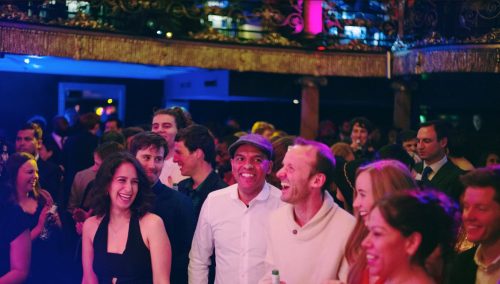 All proceeds from the raffle will go to the Emerging Filmmaker’s Strand at the 27th Raindance Film Festival. Launched in 2018 as a day of free events aimed at 18 to 25 year-old filmmakers, the aim is to expand the initiative to a programme of free events across the 2019 edition of the festival, including masterclasses, workshops with industry experts, networking sessions and free screenings of cult indie films.

The Emerging Filmmaker’s Strand will be an off-competition section of the 27th Raindance Film Festival, which has recently been recognised by the Academy Awards® as a triple Oscar-qualifying festival. Recipients of the festival’s qualifying awards (Best Animation Short/Best Documentary Short/Short of the Festival) will be eligible for consideration in the Animated Short Film/Documentary Short Film/Live Action Short Film category of the Academy Awards®.

The festival has recently announced its new dates from 18th to 29th September 2019 in Central London.

Tickets for the Independent Filmmaker’s Ball are available on Raindance’s website for £20 (£16 concession).

Dykes come from behind the camera to Raindance