You are here: Home » Who is Freddie Foreman?

With Fred available to buy wherever you get your films, we take a look at the person who the documentary is about.  That being Freddie Foreman.  This is your chance to learn some more about that 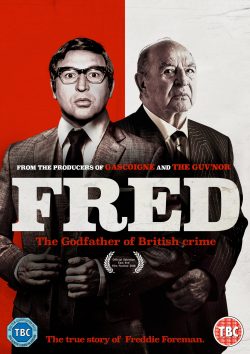 60s gangster that you may have not known.

A heavyweight villain with an unbelievably bloody past, Freddie is the last living legend of the Krays’ London underworld. A ruthless criminal, still feared and revered to this day. Freddie now lives in a retirement home: alone with only the memories of his former crimes to look back on.

With strained family relations and increasing health issues, Freddie finally tells all and revisits his old haunts in an attempt to understand what pushed him towards a life of crime. From his impoverished childhood, to traumatic memories of the Blitz and WWII, Freddie is a fascinating character study. Can a man accused of over forty murders, known as the Godfather of London, really find redemption?

Fred: The Godfather of British Crime