You are here: Home » Tuesday Afternoon Kitchen is coming back 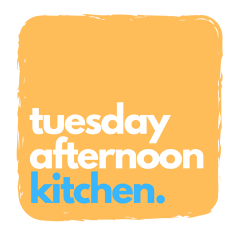 Host Simon Chantry presents the show along with in-house teetotal wine expert Rupert Sebacious-Smythe who now handles soft drink and food reviews. Together they take calls from celebrities and viewers on a range of burning issues, as well as chatting to celebrity chefs and special guests live on the sofa.

“We’re excited to have our new series on Amazon Prime and have had a great reaction so far,” said Summers. “We can’t wait to begin filming the second series in the New Year. Expect some horrendous new ‘guests’ and some unexpected twists along the way.”

Tuesday Afternoon Kitchen is a satirical, spoof daytime TV show covering current affairs and ‘important’ issues. The daytime chat style show features an array of entertaining topics throughout the series ranging from ‘National Men Who Don’t Drive Day’ to DILF fashion outfits; from soft drink tasting to live calls with celebrities and outrageous members of the public. The show debuted on Facebook as a webseries last year and is now available to view on Amazon Prime.

The Sopranos and more