You are here: Home » Why did the man sell his skin?

Studio Soho Distribution is thrilled to announce that the bold and provocative Academy Award nominated film, The Man Who Sold His Skin, will be in cinemas from 24th September.

The Man Who Sold His Skin has received worldwide critical acclaim including a Best International Film nomination at this year’s Academy Awards – the first Tunisian film ever to be nominated – an Orizzonti Award for Best Actor for Yahya Mahayni and a Edipo Re for Inclusion Award both at the Venice International Film Festival.

The Man Who Sold His Skin tells the story of Sam Ali, a sensitive but impulsive young Syrian man who is forced to leave his country for Lebanon to escape the war. In order to travel to Europe to be with the love of his life, he agrees to have his back tattooed by one of the world’s most sulphurous contemporary artists. By turning his body into a prestigious piece of art, Sam finds himself held captive to the whims of the artist and the art world, proving his decision might mean anything but the freedom he so fiercely sought. 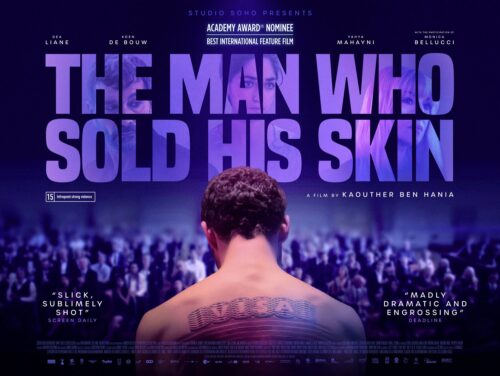 Tigers to score in UK cinemas

Who is the father of The Surrogate?

The Skin Collector is on its way home