You are here: Home » Who is Arsène Wenger?

Multi-award-winning London-based producers Noah Media Group and acclaimed Paris-based producers Federation Entertainment today announced an English-French co-production for Arsène Wenger: Invincible, the definitive documentary of a footballing pioneer, who changed the landscape of the English Premier League as we know it and achieved the impossible.

Noah Media Group, who have released some of the most acclaimed sports documentaries over the past few years (Bobby Robson: More than a Manager, The Edge, Steve McQueen: The Man & Le Mans) and Federation, who are recently responsible for Varane: Destin de Champion, & Les Bleus: At the heart of the Russian epic and are currently producing A Stolen Life by award-winning director Anissa Bonnefont, reveal that the production began shooting in September 2020, and is set for completion in late 2021. 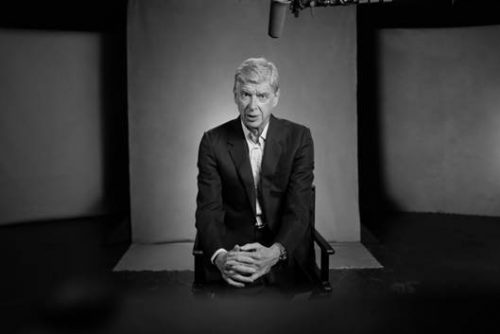 Wenger himself will provide unprecedented insight and access, as British filmmaker Gabriel Clarke (Bobby Robson: More Than A Manager; Steve McQueen: The Man & Le Mans,) and co-director Christian Jeanpierre, seek to capture the man behind the manager. It will feature key figures from throughout Wenger’s career and interviews with some of the biggest names in world football, as well as from the fabled Gunners’ Invincible side of 2003/4, who to this day remain the only Premier League team to go an entire season unbeaten.

When he arrived in London in 1996 to manage Premier League club Arsenal, ‘Arsène Who?’ was the headline that greeted the Frenchman. His shock appointment brought with it a barrage of scepticism, criticism and even xenophobia from certain sections of the media and supporters. Over the course of the next 22 years ‘Le Professeur’ transformed not just Arsenal but the Premier League, imprinting his name on the history of English football. Wenger became Arsenal’s most successful ever manager, but his vision, values and commitment to his work left a sporting and cultural legacy that would stretch far beyond the pitch.

Spanning the UK, France & Japan, this feature-length documentary will uncover unseen archive, and showcase original, intimate filming with a man who for years remained an enigmatic figure, even to those who played or worked for him.

Wenger himself will narrate his story – divulging his innermost thoughts and key principles as Invincible draws back the veil on the man and what made him.

Arsène Wenger said of today’s announcement: “This documentary highlights a very special period in my life & career. I have total confidence in the team & the production companies. Gabriel & Christian are probably the only directors who could persuade me to do this documentary! I will try to give the best of my memories & my life story!”

Co-director Clarke commented: “It is a privilege to work with Arsène Wenger and Christian Jeanpierre on this project. My friendship with Christian pre-dates even the Wenger era in North London and for some time it has been our ambition to combine on this project. As broadcasters we both covered Arsène’s stunning transformation of English football that peaked with Arsenal’s invincible team of 2004. This documentary will aim to do justice to an achievement that becomes more impressive with each passing season. Thanks to Arsène’s trust and insight, we also aim to reveal the man behind the enigmatic, urbane and driven figure, obsessed with achieving perfection on the football field. Arsène Wenger left an unparalleled legacy to English football and Arsenal FC. Invincible will be this incredible story’s definitive final chapter.”

Co-director Jeanpierre added: “I was lucky enough to follow an exceptional generation of players (Vieira, Henry, Pires, Bergkamp, and more…), led by a coach who achieved something that was not even imaginable! By making this documentary with Gabriel, I aim to make people live this fantastic period all over again.”

NoahX (Noah Media Group’s sales and distribution division) will be co-ordinating a theatrical and transactional release in the UK in late 2021, as well as international sales, in partnership with Federation Entertainment.