You are here: Home » Who was Boy Erased? 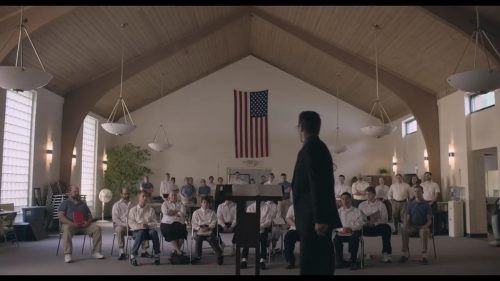 Boy Erased is the harrowing tale of the problems of being gay in small town America. Add to that with your father being a baptist minister and you’re not in for a good time.

The is what happened to Jared and the film looks at his time trying to be “cured” of his homosexual tendencies.  It’s got the feel of a film made for the award season and not for mass appeal.  A film that’s been done on a low budget but with the ability to get some great a-list acting talent.

BOY ERASED tells the story of Jared, the son of a Baptist pastor in a small American town, who is outed to his parents at age 19. Jared is faced with an ultimatum: attend a conversion therapy program – or be permanently exiled and shunned by his family, friends, and faith. Boy Erased is the true story of one young man’s struggle to find himself while being forced to question every aspect of his identity.