You are here: Home » What to do before the Baby is Done?

Vertigo Releasing is delighted to announce the arrival of BABY DONE; due in UK and Irish cinemas, and via digital platforms, on 22nd January 2021.

From the makers of Hunt for the Wilderpeople and The Breaker Upperers, BABY DONE is a hilarious new heartfelt comedy. Produced by Morgan Waru, and executive produced by Oscar-winner Taika Waititi and Carthew Neal, BABY DONE is the latest New Zealand comedy smash to be hitting UK and Irish shores.

Starring award-winning comedian Rose Matafeo and Matthew Lewis, the film follows wannabe-adventurer Zoe who freaks out when she becomes pregnant. Her long-term boyfriend Tim embraces the prospect of fatherhood, but Zoe attempts to rush through her dreams before the baby arrives. 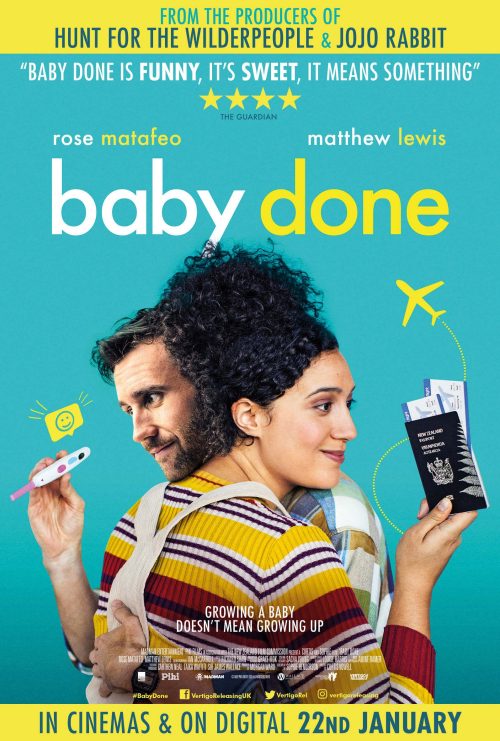 Written by Sophie Henderson (Human Traces, Fantail) and directed by her husband Curtis Vowell (Fantail), BABY DONE is a semi-autobiographical story inspired by their own reaction to starting a family. Rose Matafeo says of the film, “Because Tim and Zoe’s pregnancy catches them off guard, their initial instinct is that they haven’t achieved enough, which is something lots of people are likely to relate to.”