You are here: Home » Fitness Fanatics…

From hours in the gym to look perfect for the part, to specific training to make sure the role looks realistic, actors often put their bodies to the test as they get into character. Some of the best physical transformations come as a result of hard work and training, rather than just make-up and special effects, as these amazing makeovers prove.

To celebrate the release of Tomb Raider on DVD, Blu-ray, 3D and 4K on July 16, we’re taking a look at some of Hollywood’s most epic actor transformations on the big screen which includes Alicia Vikander’s incredible bulk up to become the iconic Lara Croft.

Chris Pratt – Guardians of the Galaxy

Reduced carbs and a diet that was mostly paleo contributed to Chris Pratt’s 60 lb weight loss in preparation for filming Guardians of the Galaxy. Chris Pratt stars as one of the titular Guardians forced to work together to stop a fanatical warrior from taking control of the universe. For the role, he had to put the work in to build muscle whilst also becoming leaner and fitter, which required incredible discipline. Concentrating on both bodybuilding and conditioning left him toned and ready to play Peter Quill. 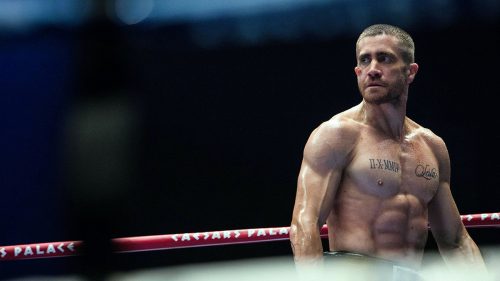 In Southpaw, Jake Gylenhall takes on the role of famed boxer, Billy Hope, who finds himself on a rampant path of destruction following the passing of his wife in an accident. Heartbroken, he fights to get his sports career back on track and get his daughter back from protective services. Beefing up to portray a world-champion boxer required Jake Gylenhall to train on another level and the results were outstanding. Intense training in the same way as a boxer is how he built his new physique, but the progress was also down to a new and guided mind set to get the results. 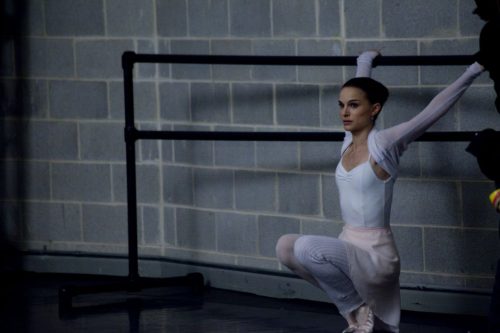 Perfecting pirouettes and pointy toes wasn’t all Mila Kunis and Natalie Portman had to do in preparation for their roles as skilled ballerinas in Black Swan… They also had to lose weight to look the part. They faced a gruelling schedule, dancing eight hours a day and their extreme transformations meant that while they became talented ballerinas, their weight also dropped to as low as 95 lbs. Sometimes the lengths an actor goes to for a role can be unhealthy but it’s not long before they’re back to their old selves not long after the film wraps. 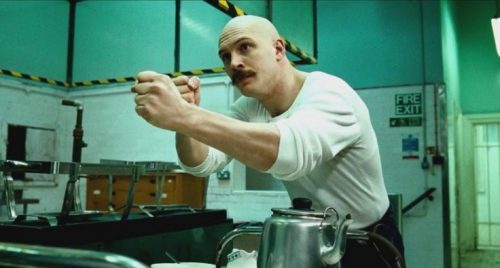 In the crime drama, Bronson, our fave gritty Brit Tom Hardy plays the notorious prisoner and bare-knuckle boxer, who starts his story as Michael Peterson before merging into his alter-ego, Charles Bronson. Tom Hardy’s fitness journey to become the infamous convict began with a race against the clock. He put on 7lbs a week and a total of 2 and a half stone by upping his calorie intake. His work-out wasn’t as strict as some other strict regimes due to his need to bulk up to get the big, brawler look, rather than a leaner look. Training included push-ups, ab-workouts and random resistance exercises to build muscle and become Bronson. 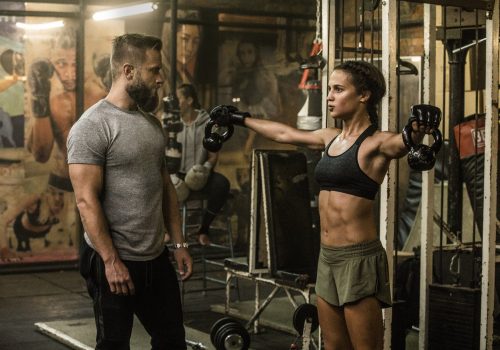 Becoming the iconic Lara Croft was no easy challenge but Alicia Vikander made it look like a breeze with the help of superstar trainer, Magnus Lygdback. She went from petite former ballerina to ripped adventurer ready to take on the tomb and discover the truth. To become the legendary Lara Croft took dedication and she undertook a wide range of exercises to build full body strength and lean muscles, from classic weight lifting to strength training. Alicia trained five to seven days a week for nearly seven months to create her stellar figure and become the ultimate Tomb Raider.

Hasselhoff & The Guardians of the Galaxy