You are here: Home » The Evolution of Superman 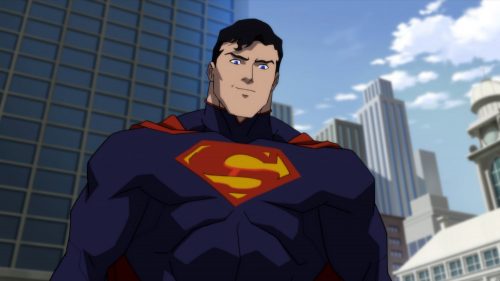 Superman is undeniably a pop culture icon and one of the most well-known superheroes seen in comics, on TV and on the big screen. The face of superman may have changed over the years but his incredible fan base will always remain. With his trademark ‘S’ emblazed across his chest in red, flowing cape and red pants, Superman burst on to the scene in 1938 at a time of great need and he has gone on to inspire an entire franchise and built a league of super-fan followers from every generation…

To celebrate the release of The Death of Superman, available on Digital Download now and on DVD and Blu-ray August 6, we’re taking a look back at how the leading Man of Steel has grown and changed over the past 80 years.

When Superman came crashing to Earth 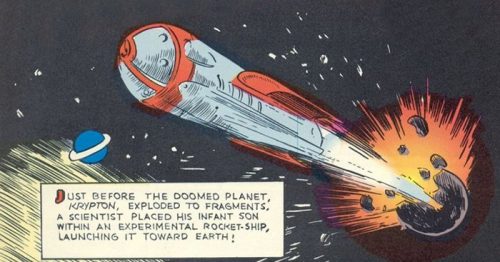 As one of the first major comic book superheroes, Superman’s birth came in 1938 when he starred in the first edition of Action Comics which was only the beginning for this badass. Published by National Allied Publications which later became DC Comics, Superman was catapulted into the eye of a national audience for the first time. His backstory sets the scene for the many years of stories to come… Born Kal-El on alien planet Krypton, he escaped his destroyed planet, finding himself on Earth in the middle on America. Raised as Clark Kent, he soon discovered his superhuman powers which he used to fight crime as the heroic, Superman when not disguised as big-city reporter, Clark Kent. 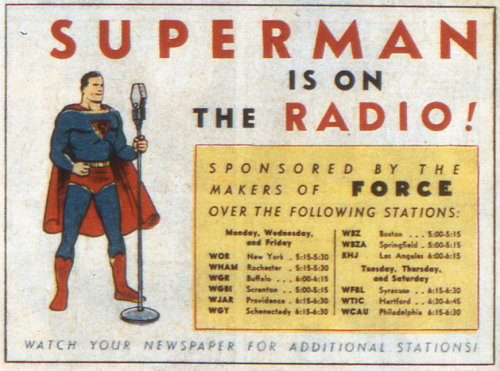 Freeing himself from the chains of comic books, Superman’s first big break arguably came from radio. The Adventures of Superman radio show first aired in 1940 introducing him to an audience of all ages, who weren’t necessarily aware of his comic book origins. Here came the introduction of Superman to American society at large, as well as audiences learning of his only weakness: Kryptonite, a key piece of Superman’s story that has remained to this day.

Despite the now endless comics, TV shows and films that feature the famous hero, Superman made his first appearance outside of comics or radio in a series of animated shorts by Max and Dave Fleisher. It was during this series that some of the most iconic catchphrases emerged, including ‘It’s a bird! It’s a plane!’ and “Faster than a speeding bullet, more powerful than a locomotive, able to leap tall buildings in a single bound.”. With WW2 in full swing, Superman was seen as a symbol of hope and heroism and his storylines in the comics prior to the radio show reflected this, showing him fighting Japanese and German spies and saboteurs, as well as the usual bad guys. 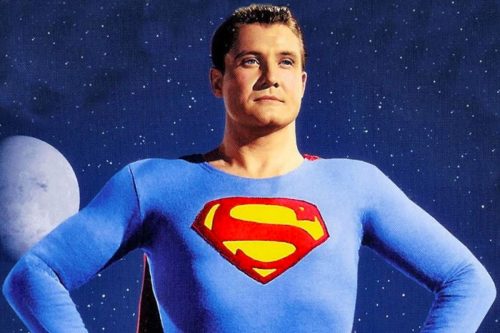 Gaining further traction among the American population was only helped by Superman’s first live-action serial. The immensely popular, Superman, saw the first ‘flesh and blood’ Lex Luthor, Superman’s archenemy. From 1952 to 1958, George Reeves defined a generation with his portrayal of the iconic hero in The Adventures of Superman on TV, fighting for “truth, justice, and the American way.”. At this time, the American creators of tights-wearing hero decided to clean up their act, publishing stories that would not be accused of contributing to juvenile delinquency. This also led to the likes of Super Friends, the cheery Saturday morning cartoon which lasted 13 years and saw Superman, Batman, Wonder Woman and Aqua Man join forces to fight evil as the original Justice League of America.

‘You’ll believe a man can fly” 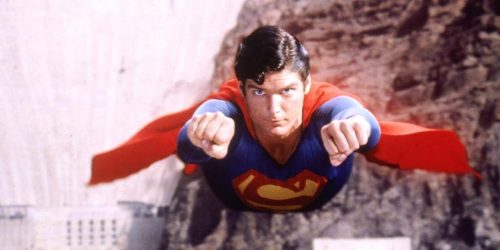 1978 Superman, is widely regarded as the first modern comic-book movie, and unknowingly acting as a template for superhero movies to come. Starring Christopher Reeve, Superman was given a whole new look in a new genre style, with action, humour and sex appeal to accompany the new bone structure that Reeve brought to the role. Reeve stayed on for two sequels which were arguably too campy for their audiences and alienated fans. Following this, the 1992 comic book storyline for Superman saw DC kill off their beloved hero when he sacrificed himself to save the world from an alien menace called Doomsday. It triggered the controversy they desired, making everyone’s favourite hero relevant again, leading to his re-birth storyline.

Back on the Silver Screen

Superman finally returned to the silver screen in 2006 when Bryan Singer directed Superman Returns. It offered nostalgia with a nod back to the superhero roots and Brandon Routhe took on the role this time. Henry Caville then donned the iconic cape and tights in a new era of superhero blockbusters, with striking aesthetics and action packed-drama in the likes of Man of Steel, Batman V Superman and Justice League. 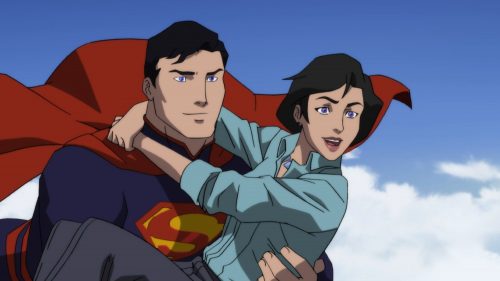 With the huge controversy around the 1992 Death of Superman storyline and fan demand to bring back the original superhero, as well as the string of hero animations over the years, it’s unsurprising that we finally have an action-packed animated film re-enacting the famed Death of Superman storyline… The Man of Steel meets his ultimate match when Doomsday comes to Earth – hell bent on destroying everything and everyone in his path, including the Justice League – in the all-new, action-packed The Death of Superman, part of the popular series of DC Universe Movies. Prepare to catch your favourite tights-wearing hero in all his animated glory fighting against the infamous, Doomsday.