You are here: Home » Spirited Away 20th anniversary box set is coming soon from Amazon

Chihiro, a headstrong 10-year-old girl, is travelling with her parents to their new home. Chihiro’s father takes a detour to explore a mysterious tunnel in the woods. On the other side they find a deserted and dilapidated theme park with a beautiful bathhouse at the centre. Unwittingly, they have strayed into a spirit world, a land of dreamlike scenery inhabited by ancient gods and supernatural beings, ruled over by the witch, Yubaba. With her parents held captive and Yubaba set on enslaving them forever, Chihiro must use all her energy to survive in this strange new place. With the help of Haku, a mysterious and brave young spirit, she is forced to overcome her fears in order to rescue her parents and escape.

The winner of the Best Animated Feature award at the 75th ACADEMY AWARDS® in 2002, SPIRITED AWAY is a visionary work from Hayao Miyazaki which set the benchmark for all animation to come after, and is a remarkable fantasy adventure for both adults and children alike. 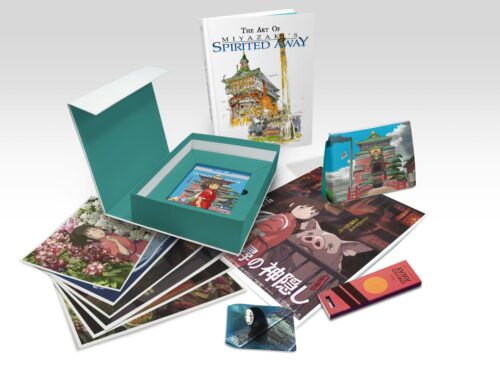 Drive down Mulholland Drive in 4K