You are here: Home » Sonic is back with a new look & new trailer

The last time we saw Sonic was way back in April. That time he had a different look to what everyone expected him to look like.  This time, with a big push in release date, they have him how he should look like.  That and the lack of ability to scare children of all ages with his look.

Jim Carrey being cast as Dr. Robotnik is more of a crime than Sonic not looking how he should (I do agree as he did look strange with the “buff look”).  He feels miss cast as he’s just slid back into his, classic, Jim Carrey overacting that we saw in the 1990s.  He just comes across as annoying and punchable (whichever one you want.  The character or the man)

Looking at the new poster, I get the same dread that Jim Carrey will take over the movie with his “personality” that was lost sometime in the mid 1990s.  The, above, trailer does tend to show a lot of him compared to Sonic 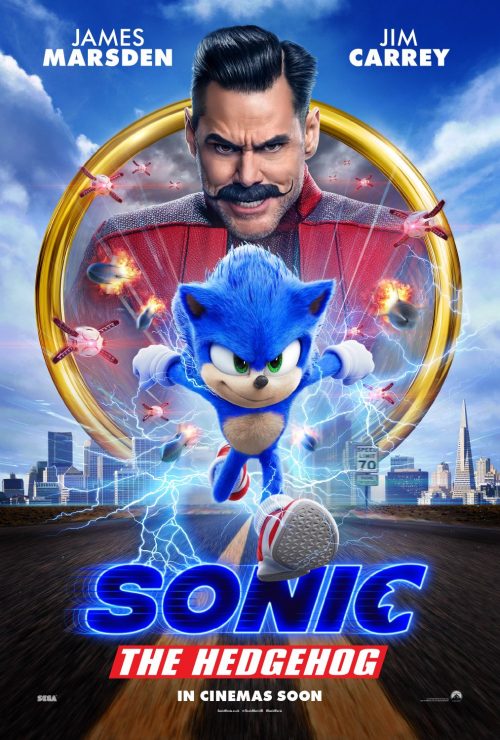 SONIC THE HEDGEHOG is a live-action adventure comedy based on the global blockbuster video game franchise from Sega that centres on the infamously brash bright blue hedgehog.

The film follows the (mis)adventures of Sonic as he navigates the complexities of life on Earth with his newfound – human – best friend Tom Wachowski. Sonic and Tom join forces to try and stop the villainous Dr. Robotnik from capturing Sonic and using his immense powers for world domination.

© 2019 Paramount Pictures and Sega of America, Inc. All Rights Reserved.