You are here: Home » Never Rarely Sometimes Always is on its way home

Universal Pictures and Focus Features are proud to present Never Rarely Sometimes Always; an urgent and poignant drama from critically acclaimed Eliza Hittman (Beach Rats, It Felt Like Love), which will be available on EST from Wednesday 13th May and released on VOD from Wednesday 27th May in the UK and Ireland. The film will be available through various digital retailers such as Sky Store, Amazon Prime Video, Google Play and Apple TV, amongst many others.

After premiering at the Sundance Film Festival and walking away with a Special Jury award, Never Rarely Sometimes Always went on to win the Silver Bear Grand Jury Prize at the Berlin International Film Festival, and currently holds an acclaimed 99% Certified Fresh rating on Rotten Tomatoes.

Written and directed by Eliza Hittman, the film is an intimate portrayal of two teenage girls in rural Pennsylvania. Faced with an unintended pregnancy and a lack of local support, Autumn and her cousin Skylar embark across state lines to New York City on a fraught journey of friendship, bravery and compassion. 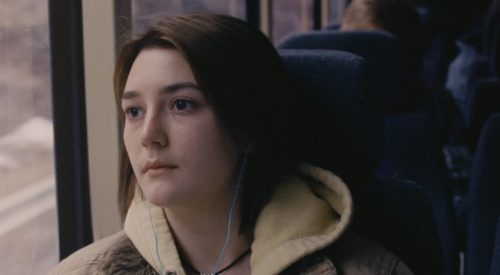 The Third Wife is coming home