You are here: Home » Max Winslow and the House of Secrets is coming soon 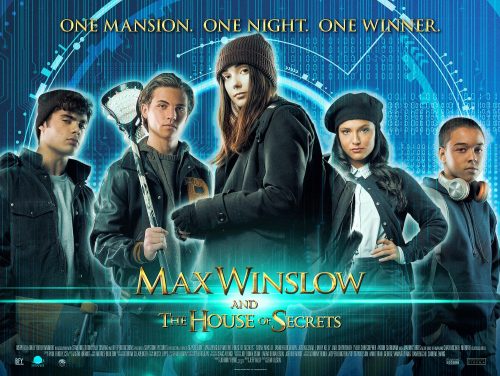 Munro Films is excited to be unveiling the new poster and announcing the theatrical release date of October 23rd for spooky family Sci-Fi, Max Winslow and the House of Secrets.

The film follows five teens, who are invited to the home of an eccentric billionaire to compete in a game to win his mansion. The night takes a dark turn when they become trapped in the house and are forced to face off against each other and an evil AI entity who controls everything in the house, including their fate.

Proven to be entertaining for all the family following a #2 spot in the US Box Office and an 100% fresh rating on Rotten Tomatoes, Munro looks forward to introducing this title to a UK audience for the first time.

Four-time Emmy Award Winning director Sean Olson is no stranger to the Sci-Fi Family genre after stewarding the multi award winning F.R.E.D.I in 2018. Max Winslow has been dubbed ‘Black Mirror for kids’ by its US audience and has been placed somewhere in between The Breakfast Club and Charlie and the Chocolate Factory by reviewers.