You are here: Home » Look behind the Bee Gees with How Can You Mend A Broken Heart

On Thursday, 3 December, THE BEE GEES: HOW CAN YOU MEND A BROKEN HEART, the first feature-length documentary about the legendary band who wrote more than 1,000 songs, created twenty number one hits and sold more than 220 Million records to date, will be released in UK cinemas. The film chronicles the rise of the iconic group, consisting of brothers Barry, Maurice and Robin Gibb, their music and its evolution over the years and includes contemporary interviews with Barry Gibb, Eric Clapton, Mark Ronson, Noel Gallagher, Lulu, Nick Jonas, Chris Martin and Justin Timberlake.

A Polygram Entertainment presentation of a Kennedy/Marshall and White Horse Pictures production in association with Diamond Docs, THE BEE GEES: HOW CAN YOU MEND A BROKEN HEART, is directed by Frank Marshall, Academy Award nominated filmmaker / producer (“The Curious Case of Benjamin Button,” “Seabiscuit”, “Jurassic World: Dominion”), and was an official selection for the 2020 Telluride Film Festival.

“Like so many people around the world, I’ve loved the Bee Gees’ music all my life. But it wasn’t until I did my first interview with Barry, almost 3 years ago, that I began to discover their uncanny creative instincts, their musical gifts, their humor, and the brotherhood and family that made them so unique. It’s been such an honor to be involved in this movie and celebrate the massive impact The Bee Gee’s have had on popular music” said Frank Marshall 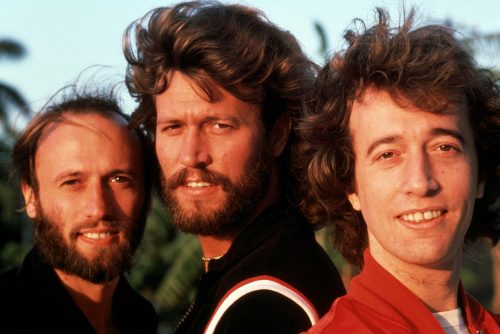 “I’m honored to shine a spotlight on the Bee Gees, not only as superstars, but as brothers and iconic songwriters. Their music made an indelible impact on music and culture, and we’re thrilled to share their story with fans all around the world” said Executive Producer and Chairman and CEO of Universal Music Publishing Group, Jody Gerson.

Producer Nigel Sinclair said “Barry, Maurice and Robin Gibb’s talent made an extraordinary impact across five continents over five decades and their legacy will be felt for generations to come. It is an incredible privilege to be able to bring the Bee-Gees’ story to cinemas where audiences can experience the world these superstars created on the big screen, hopefully providing a welcome escape from the difficult times we are all currently living”.

Showcasing the timeless and persuasive legacy of The Bee Gees, with interviews from current musicians influenced by their songs, this is the affecting story of three brothers chasing an emotion they felt as kids, the joy of singing together and creating songs from that unique sound.

THE BEE GEES: HOW CAN YOU MEND A BROKEN HEART is a story of staggering achievement and loss but also serves as an exploration into the underlying creativity behind the enduring phenomenon of the band.

Where you’re meant to be