You are here: Home » Five Things You Need To Know Now about Gemini Man

It’s Will Smith like you’ve never seen him. Twice 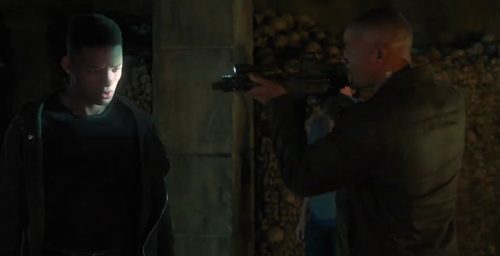 Gemini Man features two Will Smiths, him playing both a 51-year-old assassin and the 23-year-old assassin out to kill him. Smith’s younger self is a fully realized digital human so sophisticated the pair are able to do hand to hand combat seamlessly on screen, in an astonishing double-performance. “You’re looking at Will looking at himself, 30 years younger,” says producer Jerry Bruckheimer. “That’s a phenomenal experience for an audience.”

When Junior cries, its Will Smith’s tears

“This is not de-ageing, this is not face replacement – Junior is a completely digital creation, 100% driven by Will Smith’s performance capture,” says VFX supervisor Bill Westenhofer. Every tear he cries, every punch he throws, everything you see is all pure Smith. “When I first saw it,” says the actor of his game-changing dual performance, “it was freaky. It was me. I was looking at the perfect 23-year-old version of me, like somebody took all the flaws out. It’s cinematically astounding. This is going to change how movies are made, and how movies are seen.” 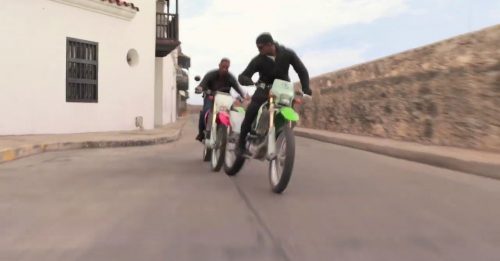 “This is another dimension, something we’ve never experienced before,” says Ang Lee of this all-new, immersive audience experience. The director has fully embraced the unparalleled action possibilities, using the term ‘Bike-Fu’ to describe a spectacular bike chase in Cartagena in which we witness duelling Will Smiths use motorbikes as weapons against each other. “Ang is making a leap forward that no other director has even tried to do,” says Jerry Bruckheimer of the Oscar-winning pioneer. “It’s exquisite,” adds Smith. 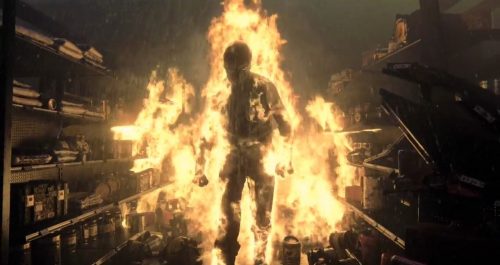 GEMINI MAN is also a next-level 3D HD viewing experience beyond what audiences have seen before on the big screen. The ultimate action movie, from two names synonymous with event-movie spectacle – Jerry Bruckheimer (Top Gun, Pirates Of The Caribbean) and David Ellison’s Skydance (Mission: Impossible, The Terminator Dark Fate) – it has been shot at a ground-breaking 120 frames per second, in 4K 3D. “Which sounds complicated,” says VFX supervisor Bill Westenhofer. “But what it means is simple: the audience is [put] right in the middle of the action, with the actors.” 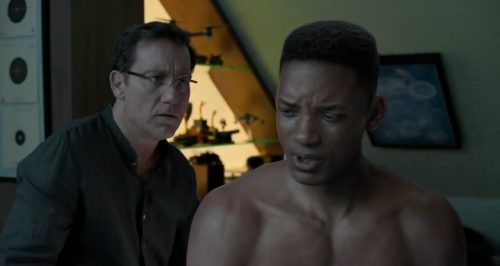 Using traditional make-up on set was impossible, with the cameras so powerful they could pick up how the blood vessels in the actors’ faces reacted. So, the make-up department developed a new translucence, to capture the subtleties in performance. For Lee and Smith, partnering to push themselves and each other to new heights, the results were astonishing. “I couldn’t have played Junior at 23 years old,” says Smith, “but now I’m able to because of the amount of experience I’ve had.” Or, as Lee marvels, “I found a new Will Smith.”

Find out more about the Gemini Man