You are here: Home » Find out about the First Man

The film is about a decade in the life of astronaut Neil Armstrong, the First Man to walk on the moon.

Based on the book of the same name and it looks at his life in the 1960s from being a test pilot to his historic flight in July 1969.  It covers the highs and lows of that decade.  Some of the incredible near misses that could have killed him to the incredible journey he made to the moon. 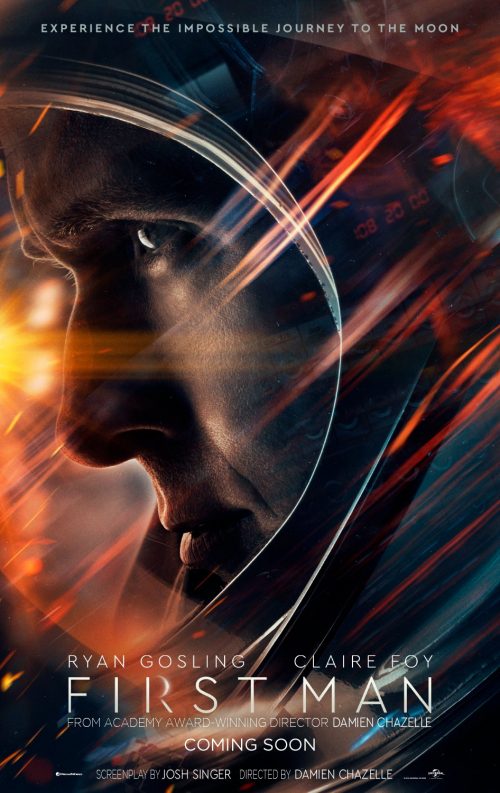 The riveting story of NASA’s mission to land a man on the moon, focusing on Neil Armstrong and the years 1961-1969. A visceral, first-person account, based on the book by James R. Hansen, the movie will explore the sacrifices and the cost—on Armstrong and on the nation—of one of the most dangerous missions in history.