You are here: Home » Exclusive pitch-side preview screening of The Edge at Trent Bridge, Nottingham

Ahead of the release of The Edge – the rock ‘n’ roll story of one of the greatest English sporting teams of all time, the film will receive three special screenings featuring stars of the film and cricketing greats at Picturehouse Central, London (17th July), the iconic Long Room at Lords Cricket Ground (20th July), followed by an exclusive stadium preview screening at Trent Bridge, Nottingham (21st July). Tickets for the screenings on sale now from theedgefilm.com 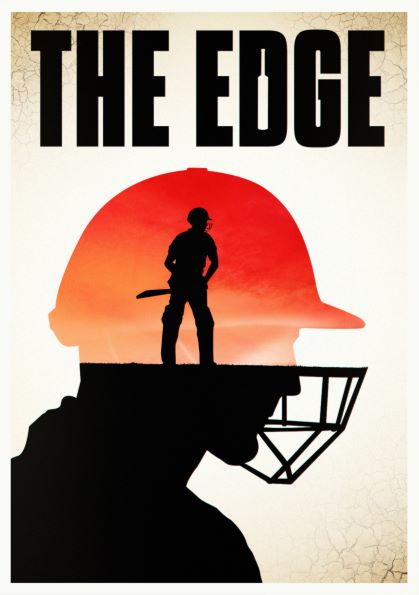 Taking place before the official release across all platforms on 22nd July, an audience will have the chance to see a special pitch-side screening at Trent Bridge on 21st July in honour of the cricketing giants. The event will feature an exclusive Q&A with ex-England coach Andy Flower and Barney Douglas, the film’s director, hosted by Mark Pougatch.

Directed by Barney Douglas (Warriors), and written by Gabriel Clarke (Bobby Robson: More Than A Manager, Steve McQueen: The Man & Le Mans, Fight of their Lives, Clough) and Douglas, featuring a narration by Toby Jones (Detectorists), the film is released in cinemas and across all platforms on 22nd July 2019.

The Edge is a compelling, funny and emotional insight into a band of brothers’ rise to the top of their sport and the huge sacrifices they were forced to make.

One of the toughest sports on the planet, and psychologically perhaps the most challenging, the film explores the unique intensity of the game and the ruthless impact it can have on players’ mental health.

Strauss and Flower took over a hugely talented team of players who would go on to make history, transforming them into a record-breaking winning machine before the pressure and scrutiny began to fracture bodies and minds.

The Edge – Test cricket like you’ve never seen it before.

Director, Barney Douglas commented: “I’m fairly certain this is not your normal cricket film! The players and coaches have been incredible with their humour and honesty. I really hope this film helps widen awareness of mental health and becomes part of an incredible summer for English cricket.”

This is the perfect opportunity to soak up the incredible Trent Bridge atmosphere, whilst enjoying the emotional and intimate portrait of one of sport’s most inspirational and influential figures.

There is a limited availability, so book soon to avoid disappointment. Standard tickets cost £27

In addition, The Edge and the players will be donating proceeds to The Ruth Strauss Foundation, a charity that has recently been formed in memory of Ruth Strauss, the wife of former England Captain, Andrew Strauss.

Why not hire Family Romance, LLC?