Film director and producer Michael Shevloff has paid tribute this week to the former FIA president, the late Max Mosley, who has passed away at the age of 81. Mosley was hailed by Shevloff not only as an extraordinary man, but one who should be rememered for his phenomenal career in Formula One and his groundbreaking work on improving car safety. 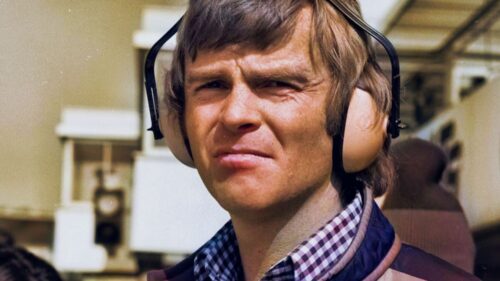 “Plenty has been discussed in the press about Max’s personal life over the last decade, but I sincerely hope that he’ll be remembered for his incredible career in motorsport and also his pioneering work on improving car safety standards. For decades, Max worked tirelessly to improve car safety, not just on the racing track, but for commercial vehicles across the globe. There are tens of thousands of people alive today who would not be with us had it not been for Max Mosley. He was an extraordinary man.”

Max Mosley’s life has recently been the subject of Michael Shevloff’s new documentary Mosley: It’s Complicated, which is set to be released in UK cinemas from 9th July. The documentary includes never before seen footage of Max Mosley as well as numerous motosport figureheads including Bernie Ecclestone, Flavio Briatore, Jean Todt and Gerhard Berger.

The documentarys will look at Max’s upbringing, his rise to fame as one of the leading figures in motorsport, his continued work on improving car safety standards, as well as his well publicised clash with the media over the issue of privacy.

Award Winning actor Hugh Grant, who appears in the documentary on the subject of privacy, recently described Max in a Tweet as “very bright, very kind and very, very brave”.

Max was very bright, very kind and very, very brave. And I agree with every word of this below. https://t.co/XoNlyJbTR4

Mosley: It’s Complicated will be in UK Cinemas from 9th July, and on Digital Download & DVD/Blu-ray from 19th July. The DVD / Blu-ray can be pre-ordered through Dazzler Media here

Who is Max Mosley?