You are here: Home » The Corrupted has started filming 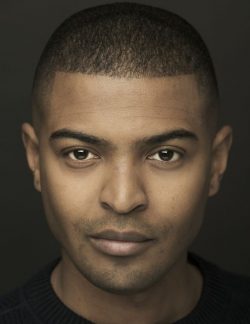 REP Crime, Eclipse Films and Riverstone Pictures today announced that principal photography has begun on THE CORRUPTED, which is filming in various locations around London, UK.

Rounding out the principal cast are Naomi Ackie (Yardie, Lady Macbeth), Charlie Murphy (Peaky Blinders, ‘71) and Joe Claflin (The Pity of War: The Loves and Lives of the War Poets, Grantchester), with additional cast members Sam Otto (The State, The Boy with the Topknot) and Akbar Kurtha (Mars, 24).

Directed by Ron Scalpello (My Name is Lenny, Bobby) and written by Nick Moorcroft (Finding Your Feet, Urban Hymn), THE CORRUPTED is a strikingly authentic crime-thriller that follows Liam (Sam Claflin), an ex-con determined to win back the love and trust of his family, having lost everything at the hands of a local crime syndicate, run by Clifford Cullen (Tim Spall). Cullen has since infiltrated the highest levels of politics, finance and the police force.

Despite efforts to rebuild his life, Liam soon finds himself caught up in a web of conspiracy and corruption, fueled by a bloody land grab that occurred across the City of London ahead of the 2012 Olympic Games. Liam is forced to make the ultimate resolution; confront the past in order to reclaim his future.

THE CORRUPTED is being produced by Andrew Berg and John Sachs of Eclipse Films, Nik Bower of Riverstone Pictures and Laure Vaysse of REP Crime, presented and financed by Motion Picture Capital. Executive producers are James Spring of Fred Films, Deepak Nayar and Nick Moorcroft and Meg Leonard of Powder Keg Pictures.

The Exchange are selling worldwide rights and Entertainment Film Distributors will be releasing the film in the UK.

Eclipse’s Andrew Berg and John Sachs commented: “We are incredibly confident in Ron’s vision, talent, meticulous preparation and his style of firm but collaborative leadership. We’re equally thrilled to be working with such amazing British acting talent not known for crime thriller, who will bring a cerebral realism to their characters. Our talented writer Nick, together with Ron, have developed the script to fit the actors’ strengths and characters to make extraordinary protagonists. We all feel we have something really special. We have set out to make a wide release film with global appeal and having The Exchange and Nigel Green at EFD on board, we couldn’t be in better hands for worldwide and UK distribution.”

REP Crime commented: “What an exciting time for this thrilling movie. We’re proud to be surrounded by these talented and skilled individuals and can’t wait to show the first images in Cannes.”

Director Ron Scalpello added: “We have assembled a great cast of amazing actors and Nick Moorcroft’s script dramatically updates the British Crime thriller with a contemporary story that examines the tension between globalized economies and local communities. Sam Claflin and Timothy Spall will lock horns in a visceral and emotionally charged action-thriller. This feels special, very special already.”