You are here: Home » Buzz Lightyear comes to F1

Disney and Pixar celebrate together with Scuderia Ferrari the upcoming release of Lightyear, from June 17th in UK cinemas. 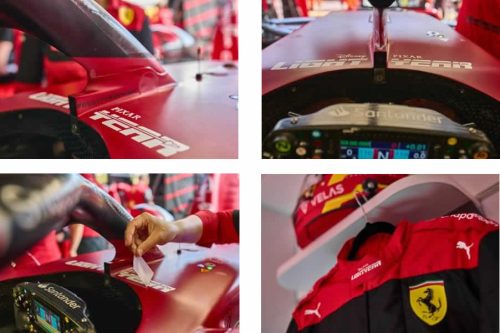 The Formula One Monaco Grand Prix takes place on Sunday, May 29th in Monte Carlo and for the first time Disney and Pixar’s Lightyear logo will appear on the Scuderia Ferrari cars, as well as the helmets and race suits of drivers Charles Leclerc and Carlos Sainz, who play a cameo role in the Italian and Spanish versions respectively of the animated feature.

The partnership with Scuderia Ferrari has been signed in the name of speed and teamwork: themes that join the famous Italian Formula 1 team and the animated feature that tells the origin story of the legendary Space Ranger.

Disney and Pixar’s new adventure and definitive origin story of Buzz Lightyear, the hero who inspired the toy, “Lightyear” follows the legendary Space Ranger after he’s marooned on a hostile planet 4.2 million light-years from Earth alongside his commander and their crew. As Buzz tries to find a way back home through space and time, he’s joined by a group of ambitious recruits and his charming robot companion cat, Sox. Complicating matters and threatening the mission is the arrival of Zurg, an imposing presence with an army of ruthless robots and a mysterious agenda.

Luca is swimming onto DVD & Blu-ray