You are here: Home » Basic Instinct is coming to 4K

Michael Douglas stars as hardboiled San Francisco detective Nick Curran, a troubled cop with a history of trigger-happy shootings and a weakness for beautiful women and dangerous relationships. Sharon Stone is Catherine Tramell, a stunning, enigmatic novelist with a talent for seduction and a history of relationships that end in death. The death of a former rock star sends Nick into the orbit of the victim’s lover, Catherine, who immediately becomes prime suspect in the murder. Catherine ignites Nick’s suspicions and his passion, and he soon becomes involved in his most dangerous liaison yet.

Commissioned by STUDIOCANAL, the film was restored from the original 35MM negative and supervised by the director himself, with invaluable input to the bonus material from Sharon Stone and Michael Douglas.

In addition to a new trailer, two brand-new artworks have also been created to promote the release which were designed by celebrated, French graphic artist Flore Maquin – noted for her iconic Cannes Film Festival poster designs of 2018 and 2019 amongst a host of other film work.

The aim was to create an image just as crisp as audiences had enjoyed in 1992. The first step was to scan the 35MM image negative of the film in 4K DPX LOG 16 bits on Scanity – but the restoration team at Hiventy Laboratory in Joinville-le-Pont noticed a problem with the negative. STUDIOCANAL project manager, Sophie Boyer, explains – “we quickly realized that the negatives corresponded to the short version of the film. In addition, some shots from the most erotic scenes were censored in the United States. We went looking for these cuts: their negatives had disappeared, but we found them in the internegative. Thanks to this, we were able to restore the full-length version of the film, the only version that Paul Verhoeven wanted to have restored.”

All damages on the negatives were identified: stains, scratches, dusty shots and instabilities. DIAMANT film software was used to remove these defects. The laboratory undertook over 100 hours of manual removal of the dark stains. Light filtering was applied to remove the superficial defects, with particular care taken to retain the grain and the texture of the original image. The film was colour graded for theatrical, home entertainment and 4K HDR release using previous digital releases and 35MM prints as a reference. The colour-grading required a painstaking homogenization between the different versions (the European cut vs. censored versions). The sound was similarly restored – the dynamic of the mixes was improved and the sync checked throughout, with corrections made using Protools plug-ins for a 5.1 + 2.0 version, from sources 3324. 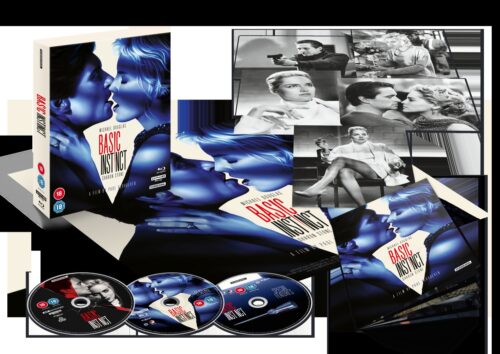 The Howling is breaking into 4K