You are here: Home » A look at the life of Pope Francis 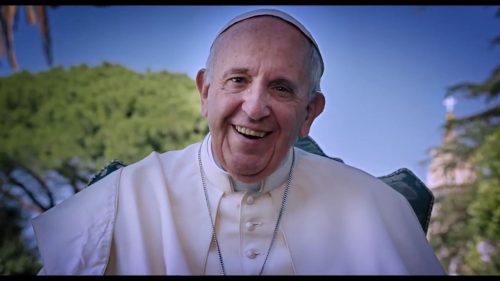 This is quite a strange subject but on the other hand he is the leader of a church that has millions of followers.

A look at the life of the current Pope, Francis, who in another life could be working as a Jonathan Pryce lookalike. A pope that has taken his role back to what it should be. Humility, love and a large dollop of humour ( see the “Mother-in-law” joke he tells in the trailer).

The thing you take from the trailer is how humble the head of the Catholic church is. A pope from the same mould as John Paul II, another pope who tried to reach out across the religious divide. He started what Francis is reaping and trying to make his legacy.

You don’t need to be religious to enjoy the trailer, and I would say the movie, because of how Pope Francis comes across. Also he is very funny.

From three-time Academy Award® nominee Wim Wenders comes a once-in-a-lifetime encounter with one of the world’s most fascinating subjects: Jorge Mario Bergoglio, the Jesuit priest from Argentina known to millions around the world since 2013 as Pope Francis, 266th pontiff of the Catholic Church. Receiving unprecedented access to the religious leader by the Vatican following his election, Wenders and his crew over the course of several years interviewed the pope and gained access to archival footage of him traveling across the globe, meeting with world leaders and ordinary citizens, and delivering a powerful message of compassion, humanism and unity.