You are here: Home » The Turing-Welchman Bombe attempts to break Enigma messages again 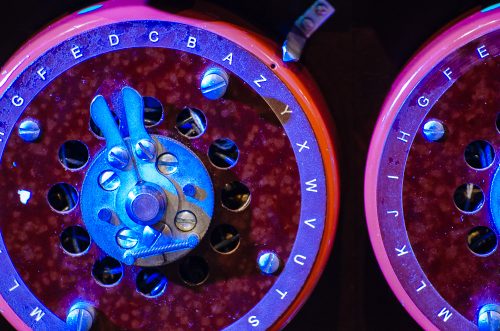 In a live video link-up with Poland on 21 September 2018, the reconstructed Turing-Welchman Bombe at The National Museum of Computing on Bletchley Park will try to find the key of the day and break Enigma messages just as it did during the Second World War.

Ruth Bourne, a wartime Bombe operator, will be present to verify the process as the TNMOC Bombe Team attempt to find the key to decrypt messages that will be sent from Poland throughout the day.

The challenge is part of a live video link-up with the World Computer Congress in the Poznan Supercomputing Centre, Poland. At the conference, the audience will also hear papers relating to cryptography, the Bombe and Alan Turing from presenters including Sir Dermot Turing, Dr Marek Grajek and Dr Roger Johnson.

Anyone can watch and hear the live challenge to find the Enigma key and hear the presentations at wcc2018.org/Enigma-live

Based on the work of Polish mathematicians who first broke Enigma before war began, Alan Turing and Gordon Welchman created the Bombe to automate the decryption process to reveal enemy Enigma messages about their current operations 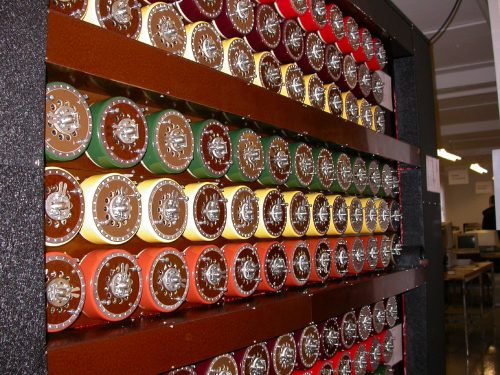 For security reasons, the Enigma key for each network in the field was changed by the enemy every day (at about midnight). Bletchley Park cryptographers and operators would try to discover that key as quickly as possible so that the day’s messages could be deciphered and invaluable intelligence obtained.

The complete process including the interception of the Enigma-encrypted Morse messages from across the world, transmission to Bletchley Park, the attempt to discover each day’s wheel settings and the production of the plain text of the decrypted messages will be demonstrated live.

The working reconstructed Bombe can be seen almost daily at The National Museum of Computing on Bletchley Park. Thanks to private donors the Bombe moved to the Museum in spring 2018.