You are here: Home » Disenchantment is coming for a second season

From the mind of Matt Groening, comes the adult animated comedy fantasy series, Disenchantment. The series premiered in August of 2018. New episodes of season one will premiere in 2019. An additional 20 episodes have been ordered and will roll out in 2020 and 2021. 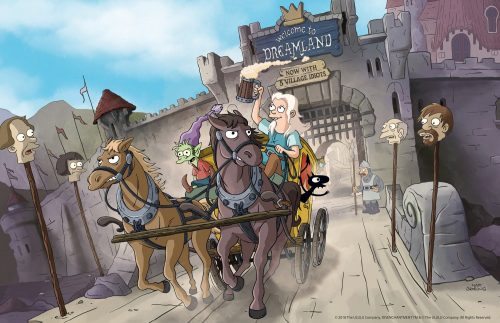 In Disenchantment, viewers are whisked away to the crumbling medieval kingdom of Dreamland, where they follow the misadventures of hard-drinking young princess Bean, her feisty elf companion Elfo, and her personal demon Luci. Along the way, the oddball trio encounter ogres, sprites, harpies, imps, trolls, walruses, and lots of human fools.

Matt Groening goes to the past