You are here: Home » What will your nightmares produce?

Lightbulb Film Distribution are delighted to share the poster and trailer for new sci-fi horror, Come True, in cinemas from 12th March, on Digital Download from 15th March, and on Limited Edition Blu-ray from 5th April. The film celebrated its World Premiere at Fantasia, followed by the UK premiere at Abertoir Horror Festival.

Directed by Anthony Scott Burns, the film stars Julia Sarah Stone and Landon Liboiron.  The film was produced by Vincenzo Natali and the score was composed by Canadian synth-pop duo Electric Youth and Burns (under the moniker Pilotpriest). 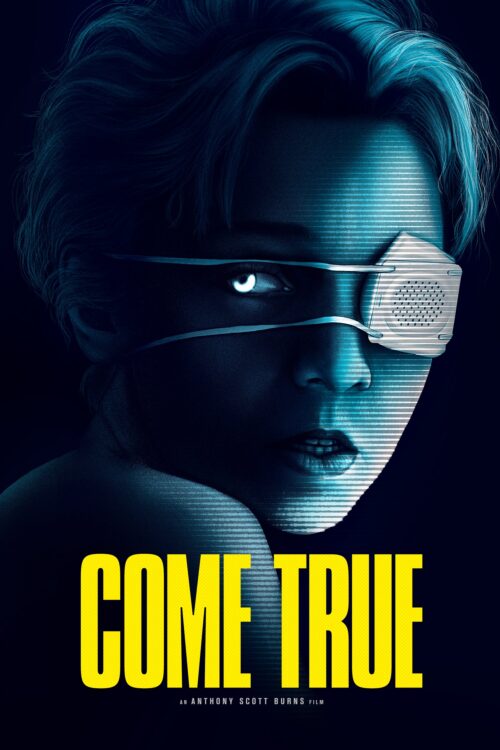 Plagued by nightmares, a troubled teenager signs up to a sleep disorder study. Hoping that will finally stop her sinister dreams, she unknowingly becomes the channel to a horrifying new discovery.

Commenting on the release, Peter Thompson, Sales & Acquisitions Director at Lightbulb Film Distribution, said: “We are thrilled to be bringing this ground-breaking feature to UK, Ireland and ANZ audiences. Come True was the most talked about film at Fantasia last year and Anthony Scott Burns is truly a visionary director. This film doesn’t just require repeat viewings – it demands it.”

Come True will be released in Cinemas from 12th March, on Digital Download from 15th March, and on Limited Edition Blu-ray from 5th April

Can you survive the Slumber Party?

What happens at The Oak Room