To celebrate the release of Doctor Sleep on digital download, Blu-ray™ & DVD, we’ve pulled together a list of the top five most thrilling, spine-chilling quotes from Stephen King’s film adaptations. 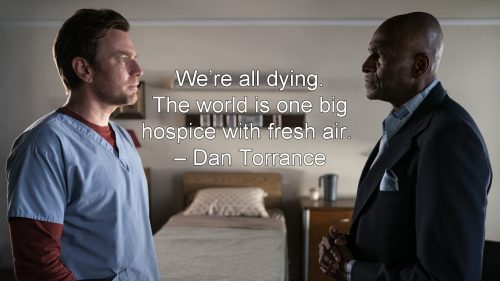 In the latest Stephen King adaptation to hit our screens, director Mike Flanagan continues the story of Danny Torrance, 40 years after his terrifying stay at the Overlook Hotel in “The Shining”. Ewan McGregor stars as Dan Torrance and Rebecca Ferguson as Rose the Hat.

Still irrevocably scarred by the trauma he endured as a child at the Overlook, Dan Torrance has fought to find some semblance of peace. But that peace is shattered when he encounters Abra, a courageous teenager with her own powerful extrasensory gift, known as the “shine.” Instinctively recognizing that Dan shares her power, Abra has sought him out, desperate for his help against the merciless Rose the Hat . The pair form an unlikely alliance and engage in a brutal life-or-death battle with Rose. 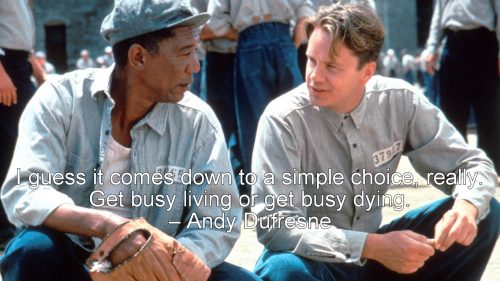 Quoted from the well-known classic- ‘The Shawshank Redemption’. Released in 1994, the film stars Tim Robinson and Morgan Freeman as the characters of Andy Dufresne and Ellis Boyd ‘Red’ Redding.

Andy, a successful banker, is arrested for the murders of his wife and her lover – sentenced to life imprisonment in Shawshank prison. Andy forms a growing bond with fellow prisoner Ellis, who both find solace and eventual redemption through acts of common decency – a unique way of dealing with his new, torturous life. 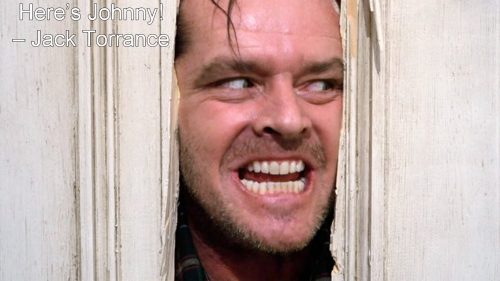 This famous quote features in a well-known scene in ‘The Shining’. Released in 1980, The Shining stars Jack Nicholson and Danny Lloyd as the characters of Jack Torrance and Danny.

Jack Torrance, a writer and former teacher, agrees to take care of a hotel which has a long, violent past. While Jack slowly gets more violent and angry of his life, his son, Danny, tries to use a special talent, the “Shining”, to inform the people outside about what is going on in the hotel. 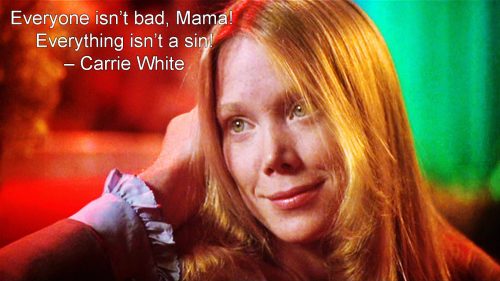 This eerie quote is pulled from Stephen King’s American High School Terror released in 1976. Carrie stars Sissy Spacek and Amy Irving as the voices of Carrie and Sue Snell.

High school senior Carrie White is a social outcast, her mother Margaret is a religious fanatic, her extreme views primarily targeted against sex, which she believes is a sin. An impromptu event that happens among Carrie’s physical education classmates against her leads to her classmates being punished. 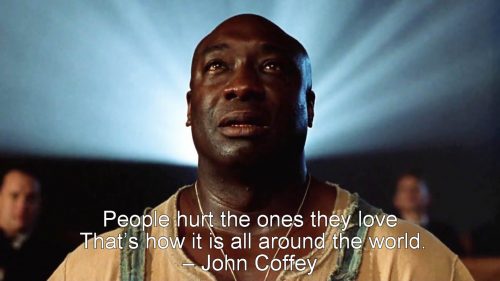 Released in 1999, The Green Mile stars Tom Hanks and Michael Clarke Duncan as the voices of Paul Edgecomb and John Coffey.

This film follows Death Row guard Paul Edgecomb, after he is affected by his new charge John Coffey, a massive black man convicted of brutally killing a pair of young sisters. Coffey had the size and strength to kill anyone, but not the demeanor. However, Coffey seems to possess a prodigious, supernatural gift.

Keep an eye out for the Sleepwalkers

Should George Stark be killed?

The Shining Thrilling audiences this Halloween