You are here: Home » The New Mutants are back 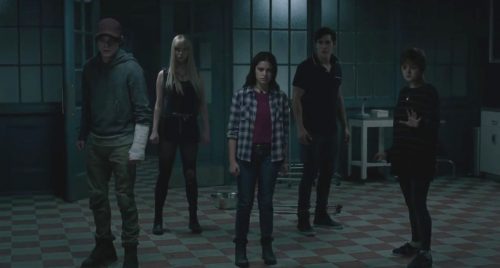 Finally, a new trailer has arrived for The New Mutants. The last time we heard anything about the film was over 2 years ago with an April 2018 release date.

It’s sad that it has taken so long to appear as it does look amazing. These are not your mutants that we have met before in the rest of the X-Mex universe. They don’t seem to be the “lovable mutants” that went to school at Xavier’s School for Gifted Youngsters in previous visits to this universe.

Twentieth Century Fox in association with Marvel Entertainment presents “The New Mutants,” an original horror thriller set in an isolated hospital where a group of young mutants is being held for psychiatric monitoring. When strange occurrences begin to take place, both their new mutant abilities and their friendships will be tested as they battle to try and make it out alive.

Comic-Con@Home Panel and fan posters for The New Mutants

The New Mutants, The new poster

The New Mutants have arrived