You are here: Home » The Meg is back with a new poster

A brand new poster has arrived for the “Jurassic” movie, The Meg.  There isn’t much to say about it apart form it’s the same as the first released poster but with words put over the top of it in the center.  So apart from getting, what I have to assume is, the tag line for the movie on a poster it doesn’t do much more.

It would have been nice if the creative people at Warner Bros. could have cut-and-pasted a brand new one. In this case they spend 30 seconds on photoshop and a boring font. 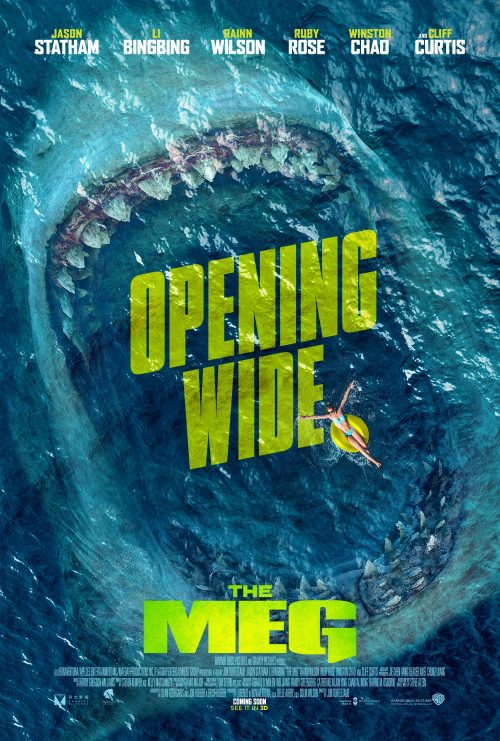