You are here: Home » ‘She’s Missing’ Celebrates International Premiere at EIFF ahead of its Digital Release Appearance 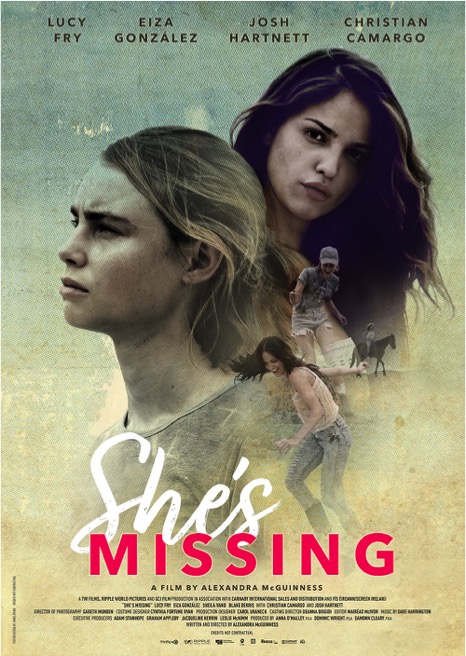 Produced by TW Films and Ripple World Pictures and financed by Screen Ireland and GCI Films, SHE’S MISSING follows Heidi and Jane who are best friends living in a small town in the desert. When Jane, a Rodeo Queen contestant and military wife goes missing Heidi, now alone in the world, must begin a search across the desert for her friend. She digs up secrets and encounters the violence of life on the road, crossing paths with a series of unusual men and women in her search for an honest connection in a dishonest world.

Director Alexandra McGuinness said, “I’m thrilled She’s Missing is having its International premiere at Edinburgh. I’ve always wanted to have a film screen there. Edinburgh has such a history of supporting artists and helping audiences discover cinema. I think Edinburgh’s identity as a festival is perfect for She’s Missing which is a personal film that can straddle a line between being a crowdpleaser and an art film.”

Producer Anna O’Malley said: “We are delighted to have our International Premiere of Alexandra McGuinness’s SHE’S MISSING at Edinburgh Film Festival. We were lucky enough to shoot SHE’S MISSING on location in the beautiful and formidable New Mexico with powerful performances from Lucy Fry, Eiza Gonzalez, Christian Camargo and Josh Hartnett. The film could not have been made without the support of Screen Ireland and GCI Film.”

SHE’S MISSING will be released from 24th June on iTunes and On Demand on Sky Store, Virgin Media, Google Play, Youtube and Amazon.