You are here: Home » Moonage Daydream has a UK release date 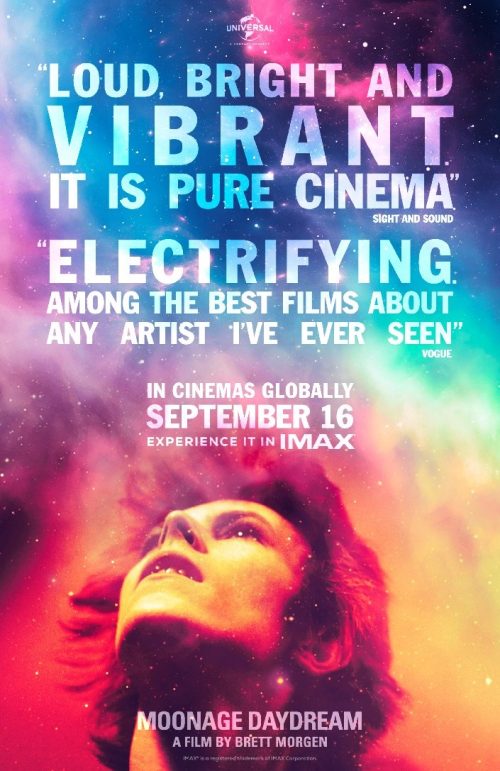 Designed from conception as a unique cinematic experience, the film will be released around the world on September 16th, with IMAX engagements in select territories. The previously announced film by visionary filmmaker Brett Morgen will be distributed by NEON in the US with Universal Pictures International launching the film internationally.

MOONAGE DAYDREAM illuminates the life and genius of David Bowie, one of the most prolific and influential artists of our time. The motion picture reveals the celebrated icon through his own voice and features 48 musical tracks, mixed from their original stems.

MOONAGE DAYDREAM premiered as an official selection at Cannes where it received rapturous reviews. Peter Bradshaw of The Guardian gave the film 5 stars, calling it a “Glorious shape shifting eulogy to the man.” – Owen Gleiberman of Variety wrote, “Evoke[s] the most legendary landmarks of film.”