One of the most diverse and celebrated actors of his generation, Joaquin Phoenix has won critical acclaim across genres, from indie to blockbusters, ultra-violence to musical. His latest film YOU WERE NEVER REALLY HERE, directed by Lynne Ramsay (We Need To Talk About Kevin), sees him play a hired killer, whose next job could be his undoing or his salvation.

To celebrate the release of YOU WERE NEVER REALLY HERE, in cinemas March 9, we take a look at some of Joaquin Phoenix’s most memorable performances.

In Ridley Scott’s epic, Joaquin Phoenix’s performance as Commodus is a masterpiece portrayal of an unstable ruler with daddy issues. After Emperor Marcus Aurelius (Oliver Reed) tells General Maximus (Russell Crowe) that his son is unfit to rule, Commodus murders his father and announces himself as Emperor. Arrested and sold to a gladiator trainer, Maximus must stay alive in one of the most brutal sports imaginable in order to make it into Rome’s Colosseum and challenge Commodus. 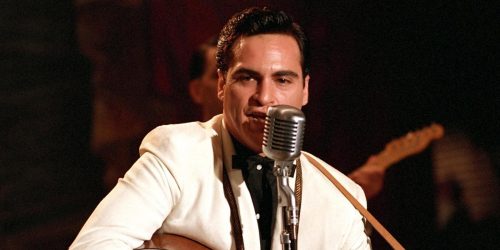 Charting the famed country and rock ‘n’ roll stars ups and downs, Joaquin Phoenix gives a layered and complex performance as Johnny Cash. A beautiful portrayal of the man’s insecurities, selfishness, raw talent and overwhelming love for June Carter, Phoenix also manages to channel the icon’s singing and stage style. In a role that earned him his first lead actor Oscar nomination, Walk The Line is a no-holds barred look at a troubled, yet magnetic, artist.

Joaquin Phoenix is tasked with commanding the screen virtually alone in Spike Jonze’s sci-fi romance Her. Telling the story of a man who falls in love with a talking operating system with artificial intelligence – think Siri or Cortana – Her is an exploration of what people want from love. Paired with an equally impressive voice performance from Scarlett Johansson, Phoenix’s tender and vulnerable character is well balanced with Johansson’s sexy and manipulative “advisor.” 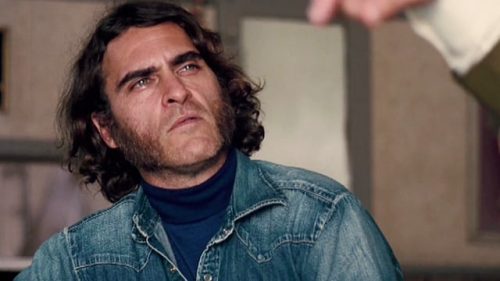 After the success of The Master, Joaquin Phoenix teamed up with Paul Thomas Anderson again on the neo-noir crime film adapted from Thomas Pynchon’s cult novel of the same name. Inherent Vice follows Larry “Doc” Sportello (Phoenix), a stoner, hippie and private investigator in 1970s Los Angeles, as he investigates three interrelated cases. Phoenix was praised for his offbeat performance and Anderson was lauded for doing justice to the ambitious source material. 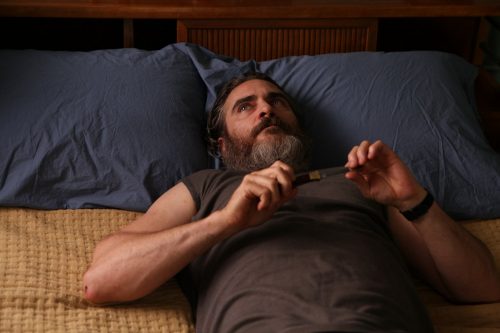 Telling the story of Joe (Phoenix), a war veteran and former FBI agent turned hired killer, You Were Never Really Here sees Phoenix in a breathtakingly restrained performance. In an almost silent role, Phoenix uses his physicality and expressions to convey a man struggling to cope with his violent past whilst on a job to rescue a senator’s young daughter from the men who took her. The film received at seven minute standing ovation when it premiered at Cannes Film Festival, with Joaquin Phoenix winning Best Actor and writer/director Lynne Ramsay winning the Best Screenplay Award.

You Were Never Really Here