Snake Plissken is back in the high-octane thrill-ride JOHN CARPENTER’S ESCAPE FROM L.A., arriving on 4K Ultra HD™ for the first time ever February 21, 2022 from Paramount Home Entertainment. The 4K Ultra HD™ version debuts in a Limited Edition set that includes the 4K UHD™ and Blu-ray™ of the film, 2 stickers, 5 art cards and a double-sided poster. 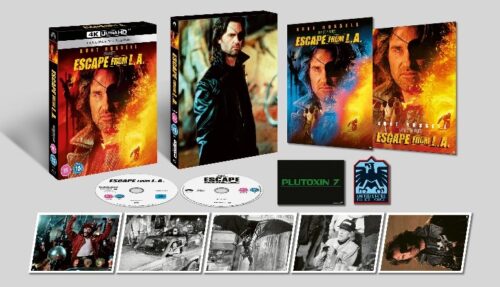 Released in 1996, JOHN CARPENTER’S ESCAPE FROM L.A. was the highly anticipated follow up to the fan-favorite hit Escape from New York. Kurt Russell returns as anti-hero Snake Plissken, who is called upon to save the world from a doomsday device after a 9.6 quake levels most of Los Angeles.

Can you escape Christmasland?