You are here: Home » Wolf Warrior is back 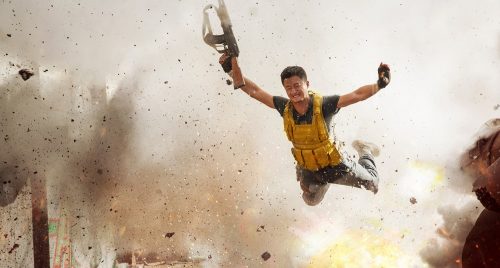 The Wolf Warrior is back. This time because he is forced to fight to stop a reign of terror.

This has put it in the top 100 films of all time. Currently at number 56 on that list. Sandwiched between The Hunger Games: Catching Fire and The Lord of the Rings: The Fellowship of the Ring!

China’s deadliest Special Forces operative, known as the Wolf Warrior is lying low. But when he crosses paths with a ruthless band of mercenaries led by a volatile and sadistic leader, he must reaffirm his duty as a soldier and put an end to the gang’s reign of terror.

Fists, bullets, tanks and missiles will fly in this tour de force of action filmmaking, all culminating in a climactic battle between the highly skilled Wolf Warrior and the brutal mercenary leader.