You are here: Home » The Nun, the new poster

The brand new poster for the next instalment in the Conjuring franchise has arrived. This poster is a lot better than the last one we had for The Nun.

That one was, for me, far too dark to be interesting. This one gives us a hint behind the protagonist, or at least that’s who I assume it is.  Two sides of the same person.  Two equally religious but from opposite sides of faith. 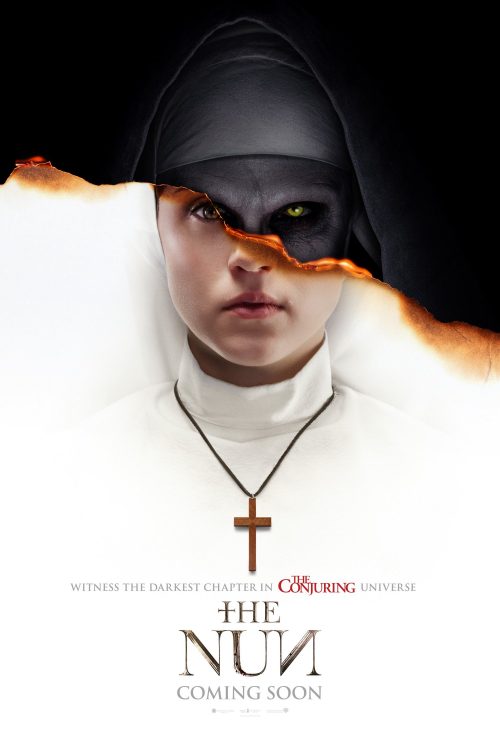 When a young nun at a cloistered abbey in Romania takes her own life, a priest with a haunted past and a novitiate on the threshold of her final vows are sent by the Vatican to investigate. Together they uncover the order’s unholy secret. Risking not only their lives but their faith and their very souls, they confront a malevolent force in the form of the same demonic nun that first terrorized audiences in “The Conjuring 2,” as the abbey becomes a horrific battleground between the living and the damned.

Who is The Nun?