You are here: Home » The Best War Superhero Films

In the latest DC animation Justice Society: World War II, we are transported back to the 1940s when The Flash’s speed force launches him into a battle between Nazi’s and The Justice Society of America. To celebrate the physical release of this exciting new addition to the DC Animated Universe, we have picked some of the best war-time superhero movies for you to get stuck into. 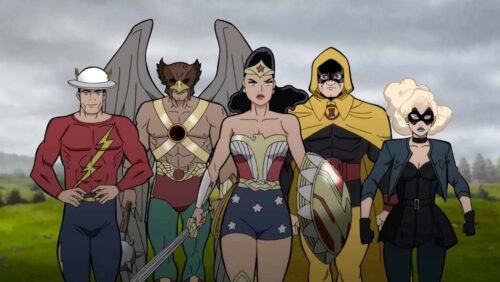 Decades before the Justice League was founded, in the 1940s it was the Justice Society that kept the United States safe. Justice Society: World War II follows the Golden Age Flash as his newly discovered speed force catapults him back in time to the midst of World War II. He joins Wonder Woman, Hourman, Black Canary, Hawkman and Steve Trevor in a battle to end all battles. 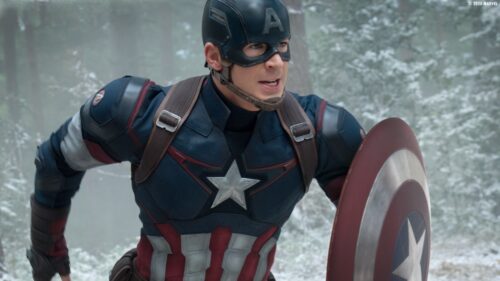 Set against the backdrop of the 1940s, at the hight of World War II, Captain America: The First Avenger sees Steve Rogers, repeatedly rejected for military duty due to his frail appearance and many health issues. Determined to fight, he agrees to take part in an experiment which promises to transform him into a super soldier. Just one dose of ‘Super-Soldier serum’ does the trick as we see him reborn as the hero we know and love – Captain America.

In the 2017 Wonder Woman film, the Amazonian princess Diana sets out to put a stop to World War I. American pilot and spy Steve Trevor crash-lands on her home island, Themyscira, telling her that the global conflict began at the hands of an historic enemy of the Amazons, Ares. Determined to help, she leaves the Amazonians behind and enters war-time America, where themes of female empowerment and feminism are explored through the fresh eyes of this inquisitive heroine.

Let’s fast forward in time slightly for our next movie, X- Men: First Class. The fifth instalment in the X-Men film series is set in 1962 during the Cuban Missile Crisis. At the height of conflict between the United States and the Soviet Union, mutants Charles Xavier and Erik Lensherr join forces to discover more of their species. As expected, there are a few bumps in the road on the quest for companionship, including a mutant supremacist set on enacting nuclear war. 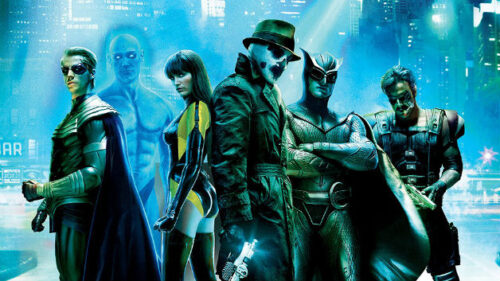 This 2009 dystopian superhero film is set in an alternate America, in the middle of the Cold War between the United States and the Soviet Union, based on the classic graphic novel by Alan More and Dave Gibbons, and directed by Zack Snyder.. It’s 1985, but not as we know it… A team of retired superheroes set out to investigate the murder of a fellow hero but while doing so they uncover much more than intended. Their journey is punctuated with a warped version of pop culture and history that will turn your world upside down.

© 2021 Warner Bros. Entertainment Inc. JUSTICE SOCIETY and all related characters and elements are trademarks of and © DC Comics.