You are here: Home » Rambo is back, again

Rambo is back and he means war, again! This time it’s against every who has wronged him. With a horrible cliched start to the below trailer that will make you cringe and think that this, final, film of the series is a parody of itself.

That’s what it has become. Well, it’s been like that since his second outing in Rambo: First Blood Part II that seems to ignore the psychological trauma that caused the problems in the first film. Not only that, this film is just a re-hash of a script that was going to be used for the first Rambo film.  Probably one that was the exact opposite to the one that we saw back in 1982.  Either that or a remake of this film but with Stallone as the lead. 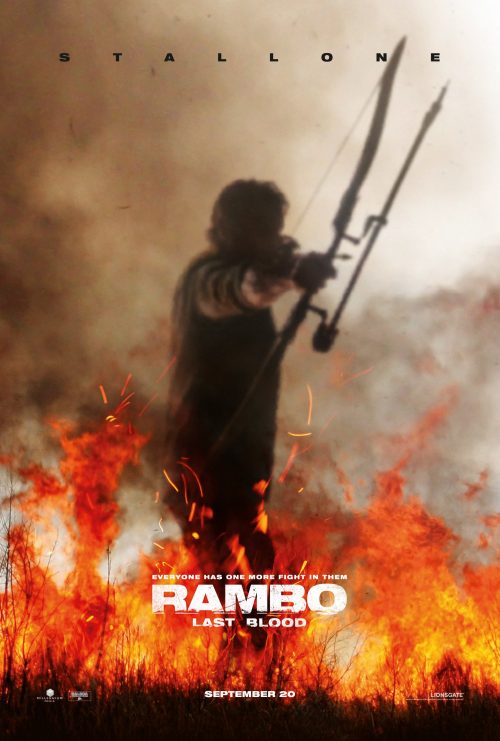 Almost four decades after he drew first blood, Sylvester Stallone is back as one of the greatest action heroes of all time, John Rambo. Now, Rambo must confront his past and unearth his ruthless combat skills to exact revenge in a final mission. A deadly journey of vengeance, RAMBO: LAST BLOOD marks the last chapter of the legendary series.