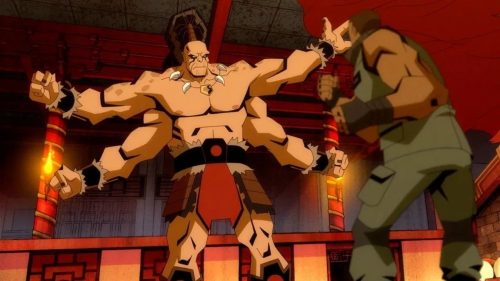 Goro is a loyal servant to the Emperor of the Outworld, Shao Kahn and has proved to be one of the most powerful warriors in the history of Mortal Kombat, winning 9 consecutive Mortal Kombat tournaments. Through Goro’s sheer strength, brutality and the belief that humans are weak, he has helped the emperor grow closer to dominating Earthrealm.

Xander Cage is back