You are here: Home » Biggest handcrafted open world ever coming to Switch, PC and Mac

Biggest handcrafted open world ever coming to Switch, PC and Mac Silk, a new exploration RPG from the designer of Discworld Noir, launches in September. 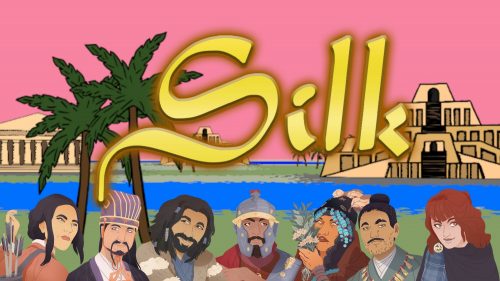 Enter the biggest handcrafted open world of all time, fifty times larger than Elder Scrolls II: Daggerfall! Explore three million square miles of uncharted terrain from Roman Damascus to Three Kingdoms China in an exploration RPG that transports you onto the Ancient Silk Road of 200AD as an intrepid traveller or a ruthless conqueror.

Silk: a new exploration RPG from the designer of Discworld Noir

Can you puzzle out the secrets of the four distinct challenges await you in Silk?

One colossal world, four unique challenges. Do you have what it takes to master Silk?

“This is a game I’ve wanted to make for most of my career, but it never felt like the right time.” said award-winning game designer Chris Bateman, Founder of award-winning consultancy International Hobo Ltd. “There’s never been a stronger fanbase for innovative and unusual indie games, and Silk is just not like anything else out there – it reboots the lost genre of the exploration RPG for the 21st century, and offers everyone the chance to take an amazing journey on the Ancient Silk Road.“

Tenet is coming home for Christmas

Look behind The Alienist