You are here: Home » Diana Ross, her Top Hits 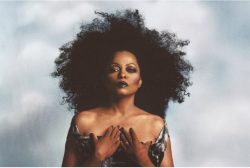 An all round superstar and legendary singer Diana Ross began her career with Motown Records as part of The Supremes, at the young age of 15. The Supremes went on to become one of the most successful US female bands, claiming 12 number one singles on the Billboard Hot 100.

After leaving the band in 1970 to go solo Diana’s success continued and she claimed her first UK number 1 in 1971 before going on to achieve another UK number 1 and 21 UK Top 10 singles.

In 1993 Diana Ross was recognised by the UK’s Guinness Book of World Records as being “The Most Successful Female artist of all Time”.

As she approaches her 75th birthday a new film ‘Diana Ross: Her Life, Love and Legacy’ hits the cinemas on the 26th March for one night only. We take a look at some of her top hits!

Released in 1986 it reached number 1 in the UK charts and remained at number 1 for three weeks. Written by the Bee Gees who also provided the backing vocals for the single it is recognized as one of Diana’s most iconic songs, however it was never a huge hit in the US charts.

This was Diana’s first number 1 in the UK, charting in 1971 and appearing on her album Everything Is Everything. It remained at number 1 for four weeks and also reached number 1 in Ireland. A soulful song it was only originally meant for the album, however UK DJ Tony Blackburn championed it heavily and managed to persuade the record company to release it as a single.

Listed at number 80 on Billboards ‘Greatest Songs of All Time’ this single peaked at number 2 for Diana in the UK charts, as well as being a huge hit across Europe and hitting the top spot in the US. Written and produced by legendary Chic members Nile Rodgers and Bernard Edwards it earned Diana her ninth Grammy Award.