You are here: Home » Who is the Funny Cow?

Once upon a time there was comedy that was for men only. That was in the 1970s in the North of England. The “Working Men’s Club circuit”. Not a place for a woman to be on stage. This is the story of one woman who decided to change that.

I have to say that the trailer does have a couple of “rude words” in it so be careful but it is actually very funny.  Maxine Peake pulls off her role wonderfully and it also shows the shabbiness of the era as well as the overt sexism that she has to put up with to find her dream. 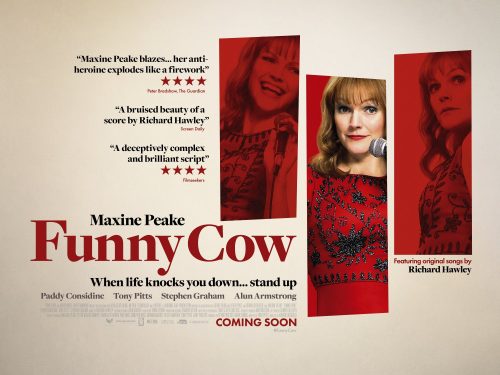 Maxine Peake plays the gritty role of ‘Funny Cow’, a comedian who breaks through the glass ceiling of the all-male 1970s comedy circuit to rise to stardom. Set against the backdrop of working men’s clubs in the North of England, FUNNY COW is both a love-letter to a bygone era and the defiant story of a woman who refuses to give up her dreams.