You are here: Home » What film are visitors at MCM Comic Con looking forward to the most? 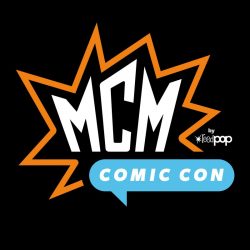 Following their May Bank Holiday convention, MCM Comic Con have revealed that out of the upcoming films in 2018, fans were most excited in seeing the animated superhero film, Incredibles 2. The survey commissioned by the pop-culture marketing agency Experience12, saw that the much loved Parr family’s return to the big screen managed to beat Marvel’s upcoming Ant-Man and the Wasp, starring Paul Rudd and Evangeline Lilly as well as Tom Hardy’s anti-hero Venom. The survey also highlighted a number of fascinating insights into the preferences of Comic Con fans, who’s age range was predominately 18-34 (69%) including their choice of viewing devices and streaming platforms.

In the tradition Marvel Vs DC debate, 2017 saw a slight bump in popularity for DC with the huge success of Wonder Woman in the Box Office. Despite this brief glimmer however, the consecutive successes of Thor: Ragnarok in 2017 and the Box Office juggernauts of Black Panther and the Avengers: Infinity War this year, Marvel now dominate DC in the eyes of the fans, with only 25% picking DC over Marvel.

When it came to Television, fans were most excited about seeing Tom Clancy’s Jack Ryan, which will be hitting Amazon Prime in August. The series, starring A Quiet Places’s star and director, John Krasinski was voted ‘Most Anticipated TV Series’ with 15% of the vote, narrowly beating Marvel’s Cloak and Dagger (13%) and Castle Rock (5%).

When it came to entertainment viewing preferences, there were clear winners. Overall, Subscription Streaming Platforms such as Netflix and Amazon Prime took 53% of the audience, compared to TV On Demand on 27% and Live TV, which has slumped to 14%. When comparing the Streaming Platforms themselves, it’s unsurprising to see that Netflix took their lion’s share of the audience, taking 73%, compared to Amazon’s 13% and Now TV’s 4%.

The survey was taken through Pop-culture marketing agency Experience12, who also were responsible for several exhibitions on the day including Warner Bros. and Amazon Prime Video. Chris Whittle, Experience12 founder and Managing Director said: “As a pop culture agency we are always looking for new ways to understand our audience so asking the true fans at London’s MCM Comic Con is a no brainer. Some of the findings simply reaffirm what we already knew,, but having undertaken research at Comic Con for two years now, we’re starting to see some really interesting and unexpected trends developing which we’ll be sharing soon.”

Fans who attended May’s Comic Con were treated to a number of fan favourites and cult hero’s including Black Panther and Avengers: Infinity War’s Letitia Wright, DeadpooI’s Brianna Hildebrand and Stefan Kapičić (Negasonic Teenage Warhead and Colossus) as well as Lucifer’s Tom Ellis Lucifer and Rosario Dawson from Marvel’s Daredevil and The Defenders.

MCM Comic Con will be returning to London in October!