You are here: Home » The first image from PLAYMOBIL: The Movie is here

STUDIOCANAL has released the first image for the upcoming PLAYMOBIL: The Movie.  It’s got the feeling of more along the lines of Lego than Emoji.  A fun film for us who remember playing with it as kids as well as our kids who are also playing with the toy. 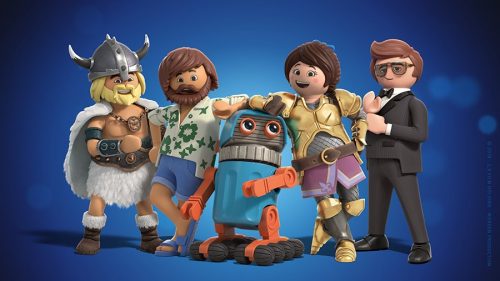 When her younger brother Charlie unexpectedly disappears into the magical, animated universe of PLAYMOBIL®, unprepared Marla must go on a quest of a lifetime to bring him home.

As she sets off on a fantastic journey across stunning new worlds, Marla teams up with some unlikely and heroic new friends – the smooth-talking food truck driver Del, the dashing and charismatic secret agent Rex Dasher, a wholehearted misfit robot, an extravagant fairy-godmother and many more.

Through their vibrant adventure, Marla and Charlie realize that no matter how life plays out, you can achieve anything when you believe in yourself!