You are here: Home » Tag a poster

The poster for Tag has arrived. It shows you that it’s easier to take the main cast separately in front of a blue screen and then add them together in photoshop. It’s not the worst job we’ve seen but then again it’s not the best.

It could have been better if you remove the five “friends” from the poster as that would give it a bit more of a punch than adding the five as, what looks like to me, an after-thought. 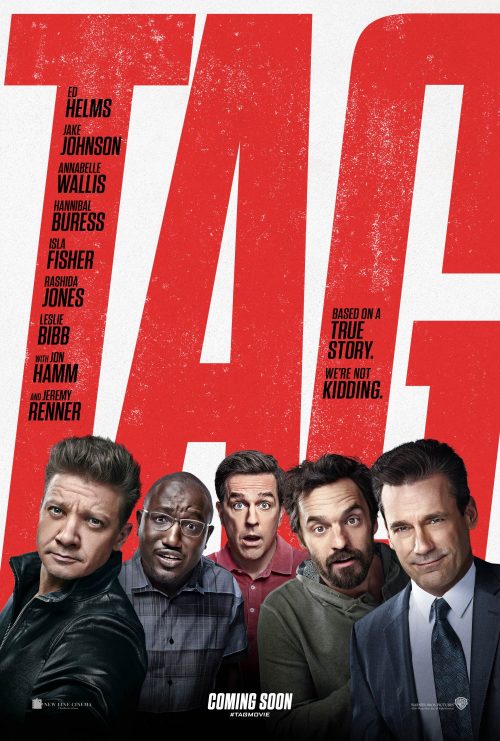 For one month every year, five highly competitive friends hit the ground running in a no-holds-barred game of tag they’ve been playing since the first grade — risking their necks, their jobs and their relationships to take each other down with the battle cry: “You’re It!”

This year, the game coincides with the wedding of their only undefeated player, which should finally make him an easy target. But he knows they’re coming… and he’s ready.