You are here: Home » Open the gates to The Secret Garden

THE SECRET GARDEN tells the story of Mary Lennox, a prickly and unloved 10-year-old girl, born in India to wealthy British parents. When they suddenly die, she is sent back to England to live with her uncle, Archibald Craven on his remote country estate deep in the Yorkshire moors. There, she begins to uncover many family secrets, particularly after meeting her sickly cousin Colin, who has been shut away in a wing of the house. Together, these two damaged, slightly misfit children heal each other through their discovery of a wondrous secret garden, lost in the grounds of Misselthwaite Manor. A magical place of adventure that will change their lives forever. 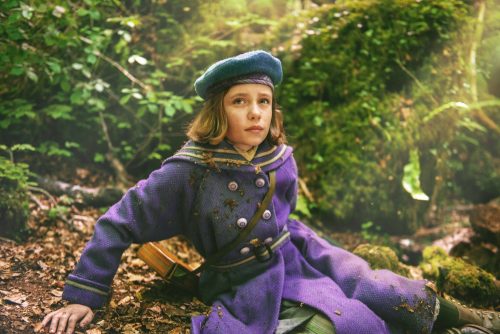 THE SECRET GARDEN is a new take on the classic children’s novel of the same name written by Frances Hodgson Burnett, brought forward to a new time period in 1947 England, on the eve of Partition in India, and in the aftermath of WW2 in Britain.  BAFTA-winning Marc Munden directs this new adaptation, from a screenplay by multiple award-winning Jack Thorne.

HarperCollins Children’s Books will be releasing a range of movie-tie in books in Spring 2020, featuring a paperback novelisation of the film, a paperback sticker activity book and Mary’s Journal – a gift hardback journal as written by Mary and reflecting the beauty and discovery of the garden. All three titles will publish in March 2020.