You are here: Home » Leon is coming back into 4K 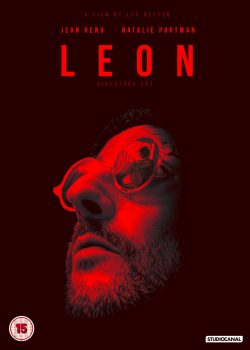 25 years ago audiences were spellbound by one of the most unusual coming of age stories in film history: LEON (1994). The story of the relationship between the titular hitman (Jean Reno) and little Mathilda from next door launched the film career of Academy Award Winner Natalie Portman and established the French-born Luc Besson as one of Hollywood’s finest action directors.

Having made his name with the likes of Subway, The Big Blue and Nikita, LEON was Besson’s first English language hit. He cast the unknown Natalie Portman in her first film role alongside French star Jean Reno and introduced his distinct visual style to worldwide cinema audiences.

Also starring Gary Oldman and Danny Aiello, LEON is widely regarded as a genre classic and one of the best action films to come out of the nineties.

The Director’s Cut from 2004 adds a whopping 23 minutes to the theatrical version, with most of the added scenes taking a closer look at the relationship between Leon and Mathilda at the heart of the movie.

Mathilda is only 12 years old but is already familiar with the dark side of life: her abusive father stores drugs for corrupt police officers, and her mother neglects her. Léon, who lives down the hall, tends to his houseplants and works as a hired hitman for mobster Tony. When her family is murdered by crooked DEA agent Stansfield Mathilda joins forces with a reluctant Leon to learn his deadly trade and avenge her family’s deaths.