You are here: Home » The Klan is Black

The new poster for BlacKkKlansman has arrived. Unfortunaly it’s nowhere near as good as the first one. That did make me laugh as it just sums up the film perfectly.  This one just shows us the two leads.  Both playing the “same character” of Ron Stallworth.

It would work better if the poster had the feel of the era the film is set in, the 1970s.  I think it tries but misses by quite a wide margin.  Let’s just hope that the next poster ticks all the boxes. 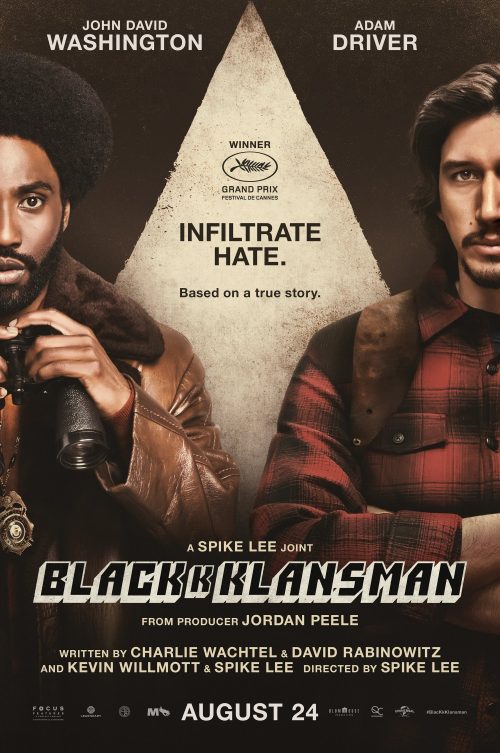 BlacKkKlansman’s now has a poster

Being black doesn’t stop you from joining the KKK