You are here: Home » Grease is still the word 40 years later 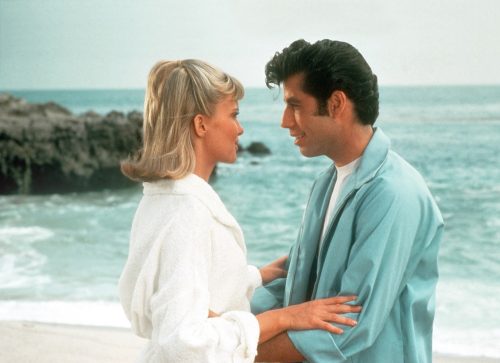 It’s that time again, Another major anniversary for one of the greatest musicals of all time, Grease, is turning 40 this year! With that amazing news, the film is giving you another chance to see it on the Silver Screen.  Not only that, the film will also be released as a 40th Anniversary Edition on 4K Ultra HD, Blu-ray™, DVD and Digital shortly after it hits the cinema.

So sit back and enjoy Danny & Sandy as well as the rest of the T-Birds & Pink Ladies for another time in the place where it should be seen.

Featuring an explosion of song and dance, as well as star-making performances from John Travolta and Olivia Newton-John, Grease has made an indelible impact on popular culture for 40 years.  It still remains an enduring favourite as legions of new fans discover the memorable moments, sensational soundtrack and classic love story.  Boasting unforgettable songs including “Greased Lightning”, “Look At Me, I’m Sandra Dee”, “Summer Nights”, “Hopelessly Devoted To You” and, of course, “Grease”, the film is a timeless feel-good celebration.

It’s 1958, summer is over and the hormonally-charged seniors of Rydell High are reluctantly returning to school, ready to fall back in with old friends and trade stories of the previous months’ conquests. Danny Zuko, leader of a local greaser gang called the T-Birds, brags to his crew about nights of passion spent on the beach with a mystery girl. Elsewhere, sweet Sandy Olsson – the new girl in town – is taken under the wing of the no-nonsense Pink Ladies and shares fond memories of a brief romance with an unknown sweetheart.

When it turns out that Danny and Sandy’s mismatched tales are about each other, Sandy is humiliated and Danny has to win her back. To do so, he’ll have to negotiate all of the romantic rites of passage a teenager in America’s golden age could imagine: jiving school dances, awkward drive-in movies, deadly drag-races and the looming threat of graduation.